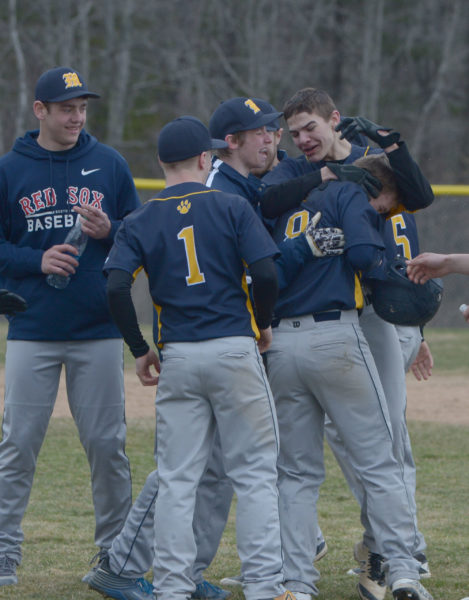 Medomak Valley players congratulate Jordan Powell after he drove in the winning run in the bottom of the eighth inning. (Paula Roberts photo) 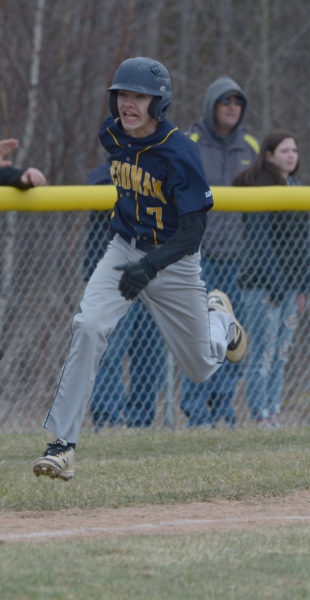 Medomak Valley baseball opened their season with a 4-3 extra inning win over visiting Poland on April 20. The Panthers led 3-0 until the bottom of the fourth inning, when they plated two runs to take a 3-0 lead. Poland rallied in the top of the fifth for three runs to tie the game. After two scoreless innings, the teams went into an extra inning. Relief pitcher Brent Stewart pitched out of a two on jam in the sixth then shut Poland down in order in the seventh and eighth.

Medomak had two base runners picked off at second by Knight pitcher Colby Bell in the sixth inning. Those two sophomore base runners went on to win the game for the Panthers in the bottom of the eighth. Duncan Widdecombe hit a one out double to center field and scored on a Jordan Powell single. Widdecombe and Powell had the only hits of the game for Medomak.