Lincoln Academy field hockey opened their season with a 2-1 win at Oceanside on Sept. 1.

Lincoln Academy golf team won their first two matches of the season, 9-0 over Morse and 9-0 over Medomak Valley.

Medomak  lost to Leavitt and Lincoln 9-0.

Medomak girls opened their season at home with a 2-0 win over Morse. Grace White and Alyssa Creamer scored goals, and Annie Vannoy an assist.

Lincoln Academy girls soccer team defeated Oceanside in the Eagles nest on Sept. 3 2-1. The Lady Eagles took a 2-0 halftime lead on goals from Skylar Houghton and Kat Johnson, with Natalie Kaler and Houghton picking up assists. Audrey Mackie scored less than two minutes into the second half for the Mariners.

Wiscasset boys soccer team lost 4-0 to Buckfield. The Wolverines started the game with just eight players due to injuries, and finished the game with five players, due to exhaustion. Goal keeper Nate Shute was injured in the game on a scramble. 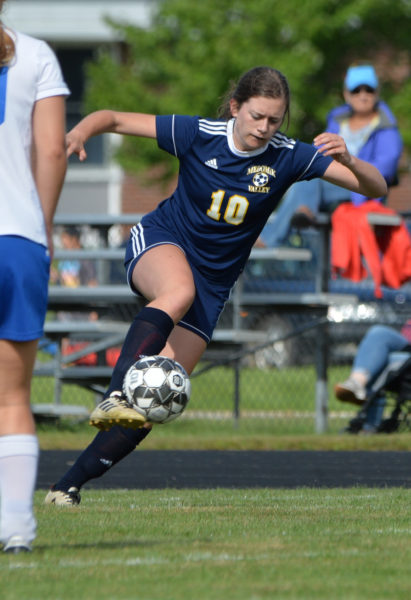 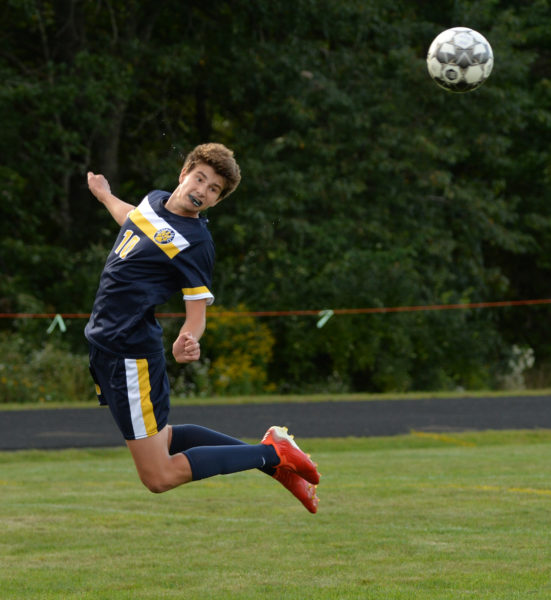 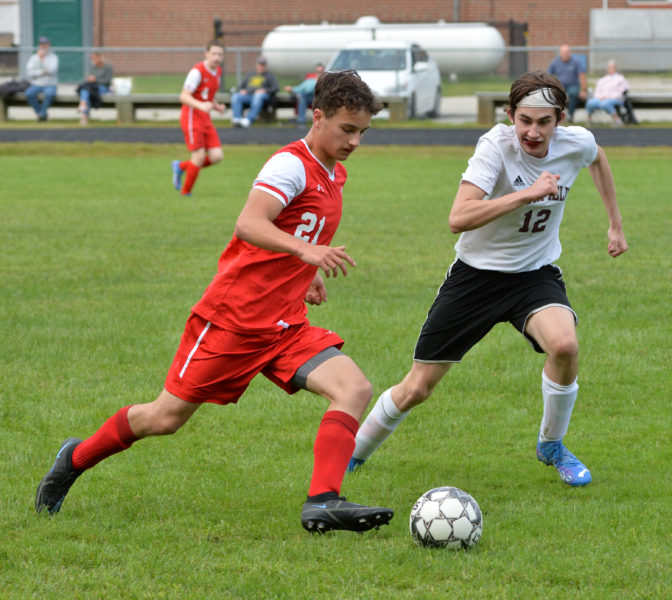 Chance Blagdon dribbles the ball up the field for Wiscasset. (Paula Roberts photo) 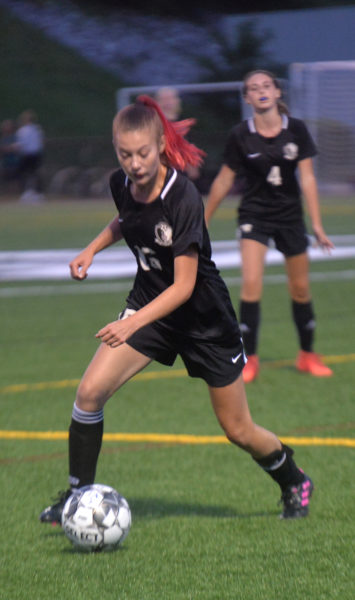 Jeannie Hunt brings the ball up the field for the Lady Eagles. (Paula Roberts photo)