The Standish Scots defeated Lincoln County 11&12 Little League softball all-stars 11-1 in five innings on July 15 to eliminate them from the State playoffs. The Scots advance to the championship round against undefeated Biddeford.

Houghton had the only Lincoln County hit of the game, a second inning single and scored the local girls only run on a Maddy York ground out. 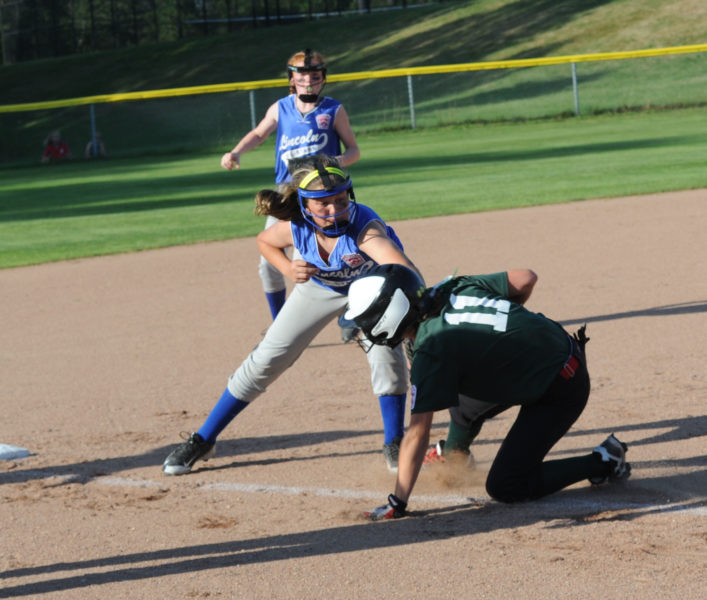 Maddy York tags out Scots base runner Emma Burnham after catching her in a pickle between third and home. (Paula Roberts photo)

Hitting for Standish were Jocelyn Manson with a double and single, Hannah Kapereen two singles, and McKayla Russell, MacKay Winling and Serena Greene with a single each.