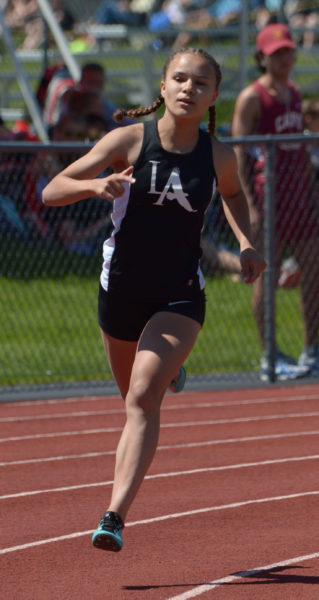 Lincoln Academy senior Tahlia Mullen rounds the second turn on her way to her third straight title in the State Class B 400m. (Paula Roberts photo) 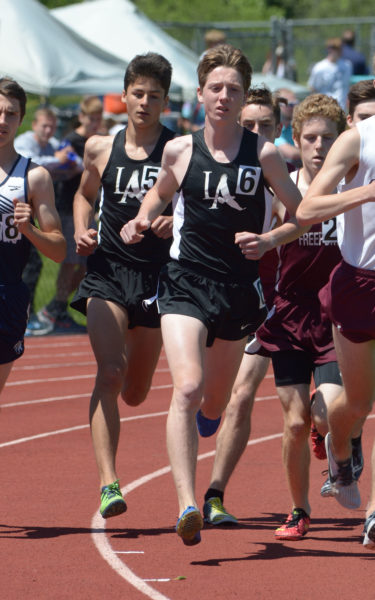 Eagle runners Jarrett Gulden and Sam Russ placed in two events each for Lincoln Academy at the State Class B championships at Foxcroft Academy on June 2. (Paula Roberts photo)