Results by weight class are as follows:

152: Eli Miller (MV) beat Sam Strozier (Wis) by 9-2 decision, lost a 4-2 decision to Nick Lerett (Lis), pinned Nate Rose (Mor) in 1:59 to advance to the consolation finals. Miller met up with Strozier again in the finals and pinned him in 4:10 for third place. Strozier pinned Andrew Mattingly (Hy) in 1:55 in the pigtails, lost to Miller, and pinned Sam Kerwin (West) in 2:35 and Haydey Nile (MtB) in 4:20 to advance to the finals against Miller. Lucas Steinberger (LA) was pinned by Stephen Waddill (Hy) in 17 seconds. 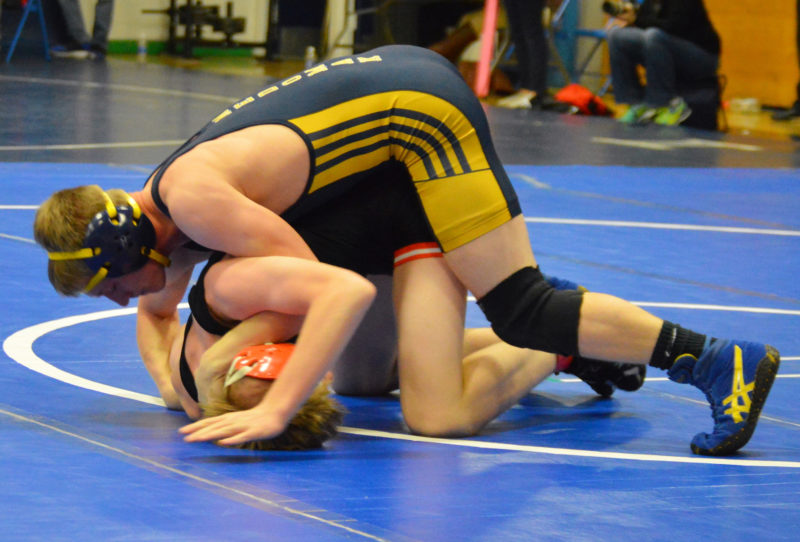 Steven Thompson flips his opponent onto his back before pinning him. (Carrie Reynolds photo) 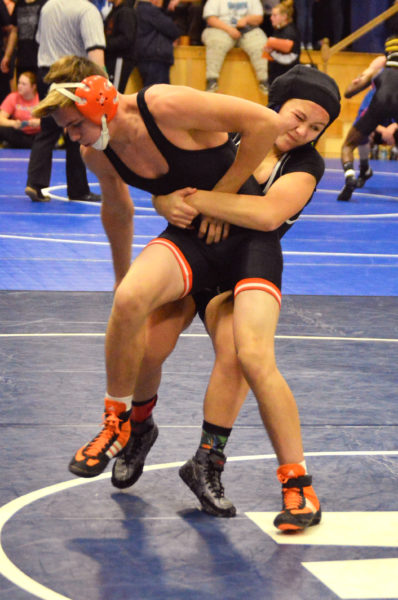