Wiscasset boys soccer lost 2-0 to Spruce Mountain on Sept. 23 in a game shortened after 40 minutes due to an injury.

Medomak boys were eliminated from the KVAC golf playoffs by Leavitt, 9-0. 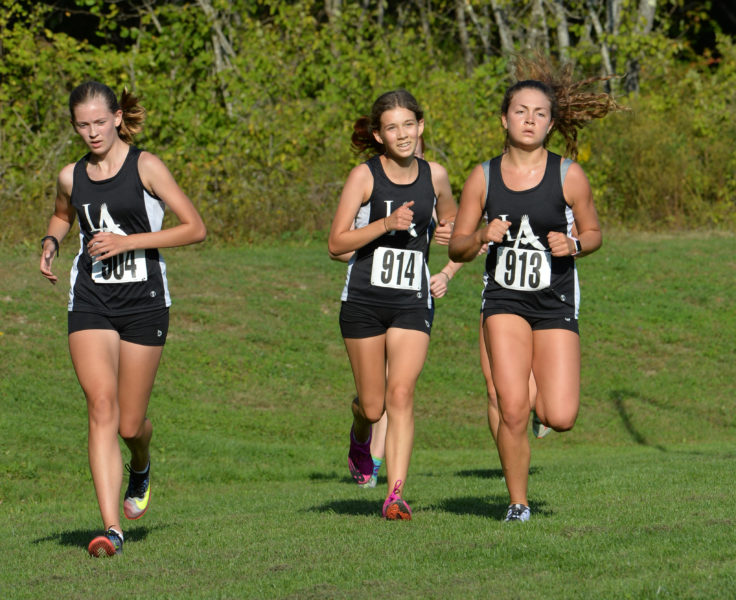 Dylan Burmeister, Audrey Hufnagel and Grace Houghton run in a pack to lead the Lady Eagles to victory at their Homecoming meet on Sept. 23. (Paula Roberts photo)