The Gardiner Tigers robbed the Panther den for a 14-5 win in KVAC baseball action on May 11. Medomak was down four starters, including two starting pitchers, starting catcher and a starting outfielder, due to injuries.

Medomak opened the game with a 3-0 lead, on a two run error put in play by Carson Murphy, and RBI error from Nathan Emerson. Gardiner got two runs back in the third, then broke the game open with a six run fourth inning, highlighted by two run single from Cole Lawrence and RBI triple from Kolton Brochu. Casey Bourque hit a three run triple in the fifth.

Hitting for Medomak were Jordan Powell with two and Wyatt Fillmore, Kevin White, Gabe Allaire, Ethan Reed and Adam Berry one each. Gardiner was led by Bourque with a triple and single, C. Lawrence a double and single, and 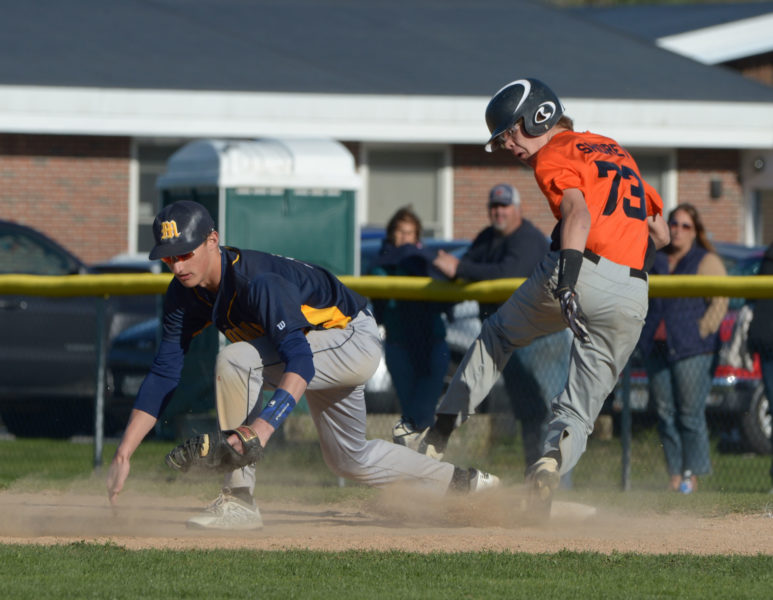 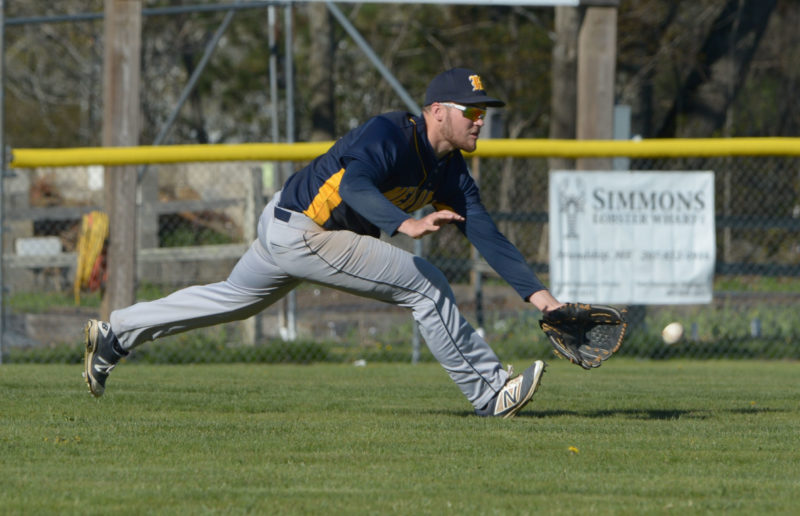 Kevin White makes a diving attempt on a fly ball for the Panthers. (Paula Roberts photo)