Gardiner girls soccer team robbed the Panthers den for a 2-1 win over Medomak Valley on Oct. 7. Sophie Marrone gave the Tigers the lead less than five minutes into the contest when she spun a rocket off Panther keeper Addison McCormick and in. Medomak scored the equalizer two minutes later on a shot from Haley Chandler. Marrone scored the game winner for Gardiner 15 minutes into the second half. Medomak had a flurry of shots in the final 10 minutes to play, including two shots off the cross bar, but were unable to breach the Tigers net, thanks to 14 saves from Rachel Takatsu. 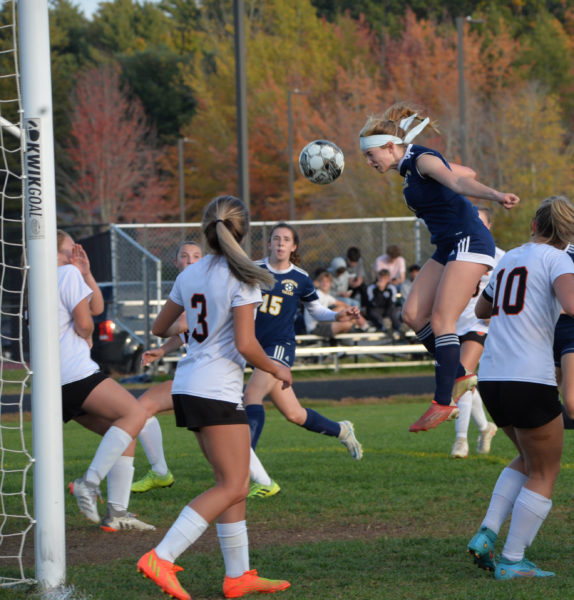 Scarlett Flint goes up for a header on a corner kick. (Paula Roberts photo)