Medomak Valley boys basketball team picked up their first win of the season, 65-27 on a road trip to Leavitt. Kory Donlin led all scorers with a career high 27 points (3-3’s).

Oceanside girls defeated Lincoln Academy 72-31, led by 22 points from Bailee Breen and 20 from Audrey Mackie. Lincoln was led by Mariam DeLisle with 13.

Oceanside boys topped Lincoln Academy 85-64 in Rockland, led by Cohen and Carter Galley who scored 27 points each. The twin brothers combined for 12 3-pointers.

Dirigo boys beat Boothbay 56-36, led by 16 points from Dakota Tompkins, 15 from Nate Wanwright and 12 from Charlie Houghton. The Seahawks were led by Finn Harkins with 13 points. 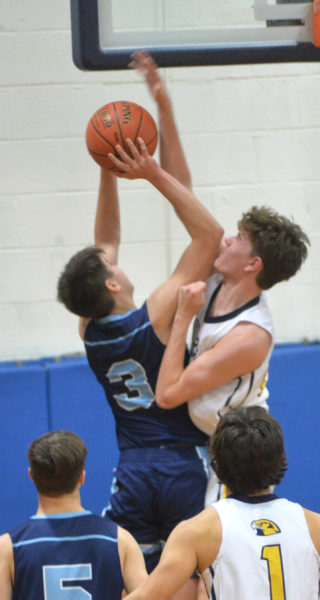