Lincoln Academy tennis teams were victorious over Gardiner on April 30. The Lady Eagles won 5-0 and the boys 4-1.

Monmouth topped Wiscasset 29-0 in five innings in the Wolverines den. Mustang pitching combined for a no hitter. Monmouth was led by Fletcher with three singles and Armstrong two.

Oceanside softball defeated Medomak Valley 6-4 in the Panthers den. Chloe Jones collected the win (5H) and Addie Jameson took the loss (9H). Oceanside was led at the plate by Rachel Joyce with two doubles and a single and Abby Veilleux two singles. Medomak was led by Natalie Stewart with two singles and Aubrey Schaeffer a double.

Brunswick softball beat Lincoln Academy 7-3. Shea Sullivan struck out 10 in the win. Grace Houghton took the loss. She Sullivan led Brunswick at the plate with a homerun, double and single. K. Sull 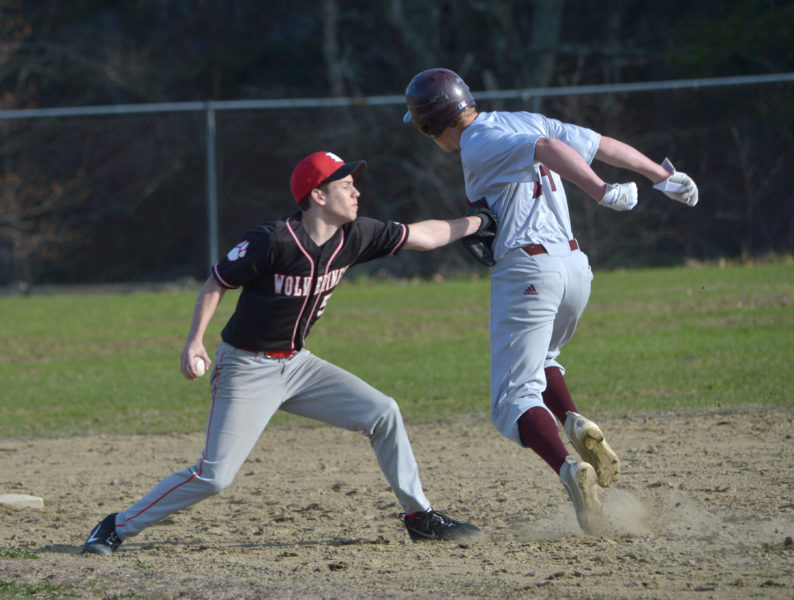 Wiscasset second baseman C.J. Roberts tags Monmouth baserunner Spencer Richardson with his glove, while holding the ball in his opposite hand. Richardson was called out of the play. (Paula Roberts photo) 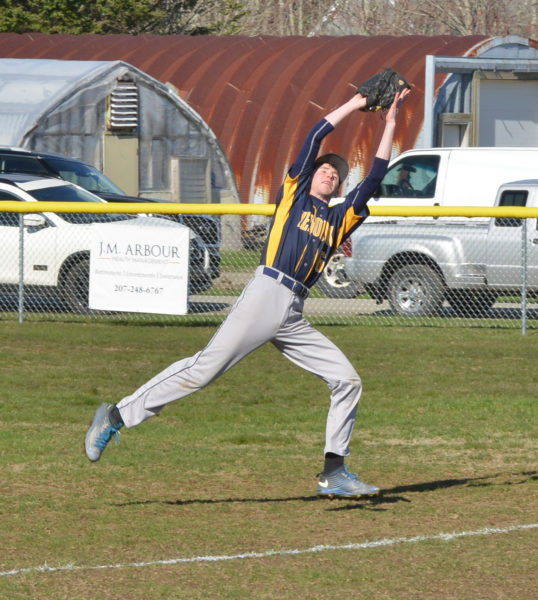 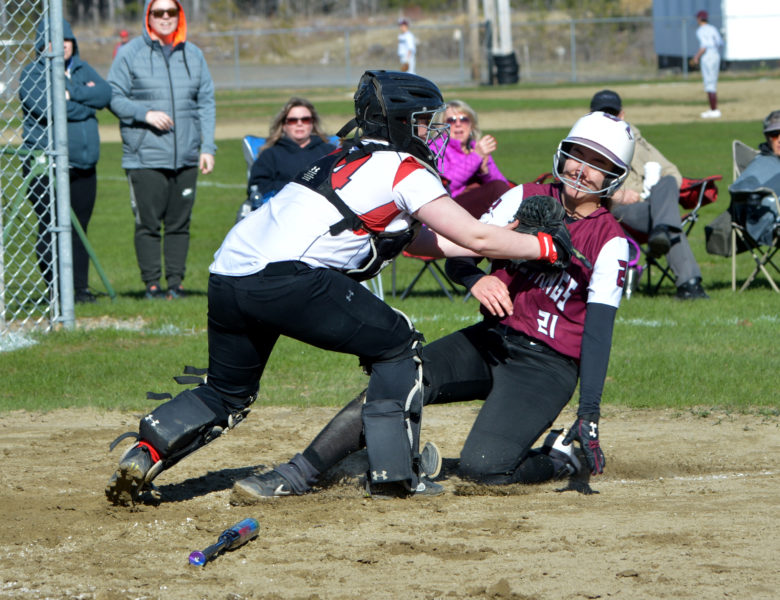 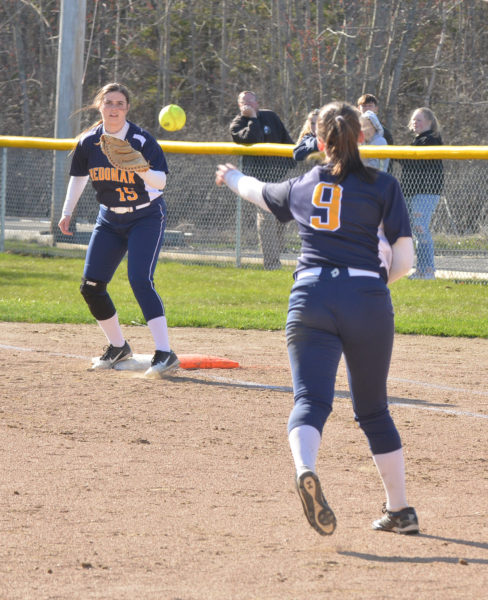 Medomak Valley pitcher Addie Jameson makes the throw to Lydia Simmons at first to get the out. (Dennis Boyd photo)

Monmouth beat Wiscasset 29-7 in MVC softball action on April 30. The Wolverines collected three hits, singles to Johanna Rollins, Kelsey Jones and Latisha Wright. Monmouth was led by K. Laliberte with a homerun and thee singles, A. Flanagan with a triple, double and single, and A. Ferland a double and single.