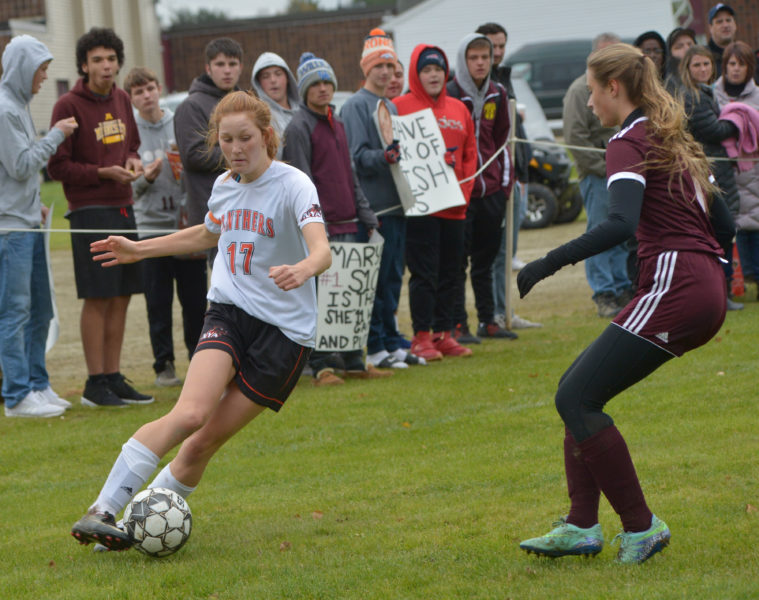 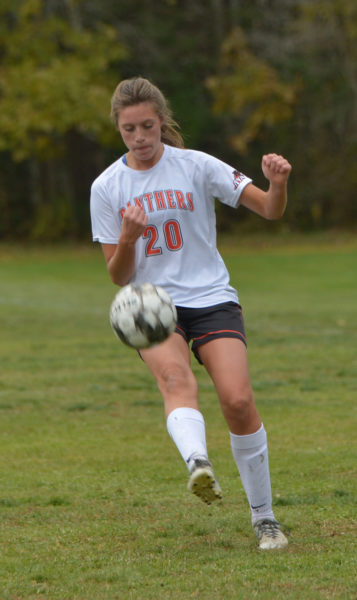 NYA finished their season at 14-3-1 and seeded second in South Class D. They took on Richmond for the Regional title on Oct. 31 in a spooktacular Halloween match-up that saw the Panthers pull out a 1-0 win. The two teams had battled tough in regular season action, tying their first match up and winning their second 3-2.

The re-match was equally exciting, as NYA unseated Richmond for a chance at a gold ball. Richmond has played in the State title game for eight straight seasons, including winning five state titles.

NYA coach Rick Doyon said both Farrell and Hamblett are real team players. “They are great ladies. Last year we won just two games, but they stuck with me. They believed in me and they believed in the team,” Doyon said of his 2018 team.

Farrell and Hamblett were selected captains of the team by their peers. “This was not a popularity contest. They picked who they wanted to represent their team. They are the leaders of the team and they represent me and the team,” Doyon said of his captaiins. For Hamblett, it was her second year as captain.

Farrell is the second leading scorer on the team, netting 11 goals and six assists. She plays up front at the striker position and takes the Panthers corners on the right side.

Hamblett has a much different role for NYA, at outside mid, where she scored two goals and two assists. “Her numbers don’t justify what she does out there. She sets up a lot of stuff. Helen is up and down the field on attack and on defense,” Doyon said.

“They are both very good team players. They work hard. I can’t ask for any more,” Doyon added.