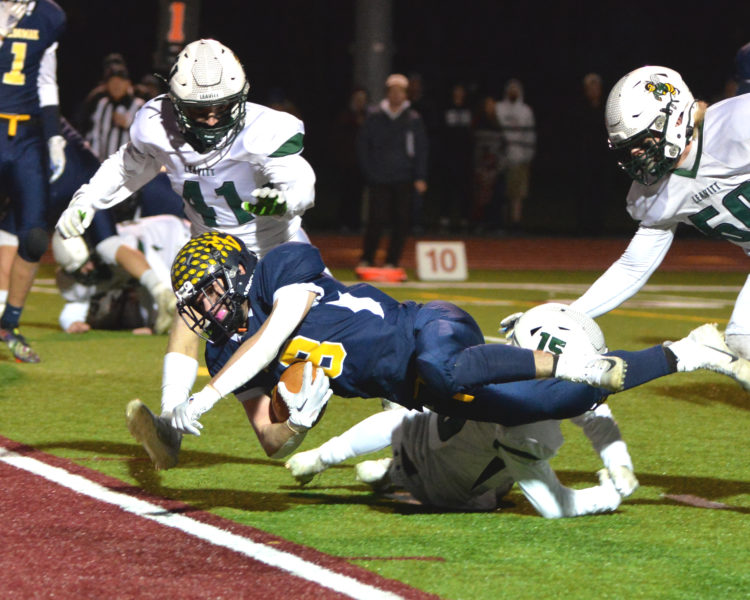 Hayden Staples dives over the endline in the fourth quarter, for Medomak Valley’s only touchdown in their 46-6 loss to Leavitt in the State Class C championships. (Paula Roberts photo) 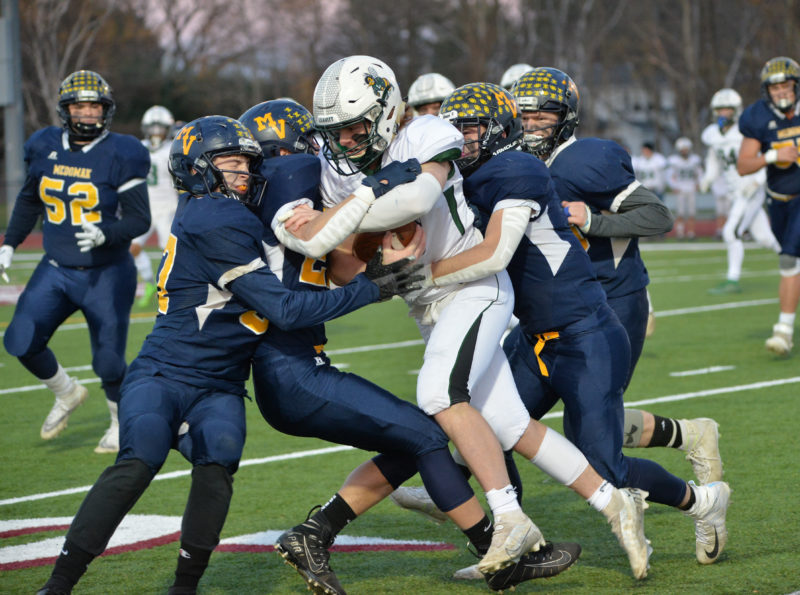 A pride of Panthers bring down a Hornet. (Paula Roberts photo)

Undefeated Leavitt beat Medomak Valley football 46-6 in the State Class C football championships, at Cameron Stadium in Bangor on Nov. 19. Hayden Staples put the Panthers on the boards in the fourth quarter with a short run. Jaiden Starr set up the goal with a 30 yard kick off return. Staples and Chase Peaslee ran for first downs to get Staples within striking distance.

Defensive highlights for the Panthers was a one-handed interception by  Gabe Lash, and a second half inceptions from Staples and Peaslee. Medomak held the Hornets on four two point conversion attempts.