Union Farm Equipment defeated the Damariscotta Lions 9-7 on July 1 in the Mid Coast Babe Ruth semi-finals at Medomak Valley High School. Union Farm will face off against Pen Bay Dentistry for the league title on Wed., July 5 at 5 p.m. in Belfast.

Adam Sirois started for the Lions and went four innings (6R,4K,2B,2H), and Joel Pitcher closed out the final two innings (1B,2K,3H,3R) in the loss.

The Lions jumped out to a 4-0 lead in the top of the first inning. Quincy Perry hit a two out single and scored on a Joseph Giberson  single. Adam Sirois walked and he and Giberson scored on a  Pitcher single. Pitcher scored on an error.

Union Farm came back with four runs in the home half of the first. Creamer walked and scored on a Duncan Widdecombe single. Wyatt Fillmore walked to set up a RBI single to Jordan Powell and RBI error to Jake Bickmore.

Damariscotta got one run back in the fifth to pull within one when Perry singled and scored on a Sirois single.

Union Farm answered the threat with a three runs in the bottom of the fifth. Creamer reached on an error, Widdecombe singled and both scored on a Fillmore double. Powell drove home Fillmore with a single. 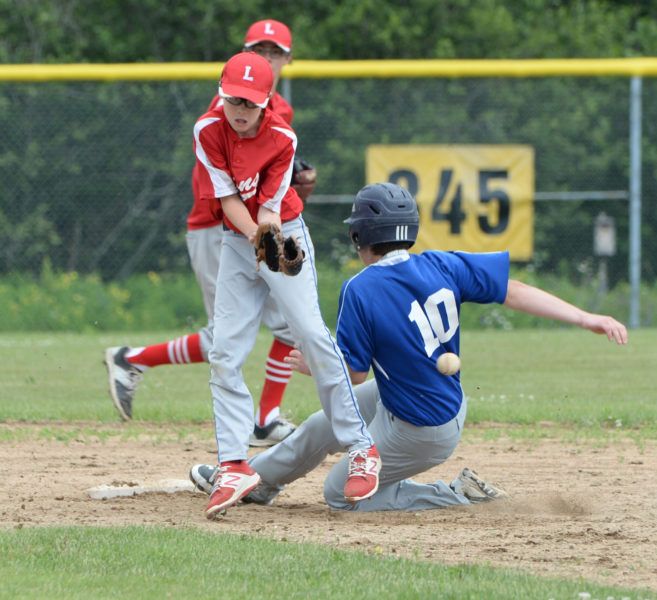 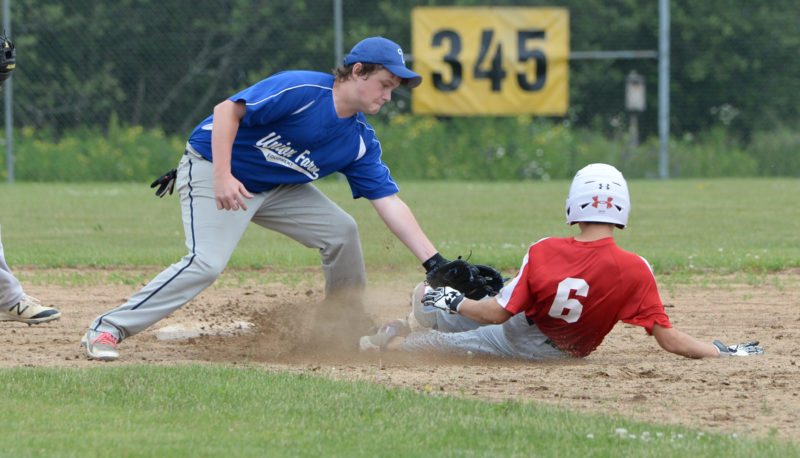