The Warren Hornets captured the Medomak Valley Little League softball championship on June 16 on Foster Field in Waldoboro. The Hornets defeated the Diamondbacks 17-3 in five innings. The Diamondback forced a second game for the championship with a win on June 14.

Kendall Wyman fired up a one hitter in the win. Anna Reed had the lone hit for the Diamondbacks.  Hitting for the Hornets were Grace Townsend a homerun and single, Paige Gerlack and Schumann a triple and single each, Niki Ames two singles, and Caroline Snell, Air Pierpont, and Olivia Campbell a single each. 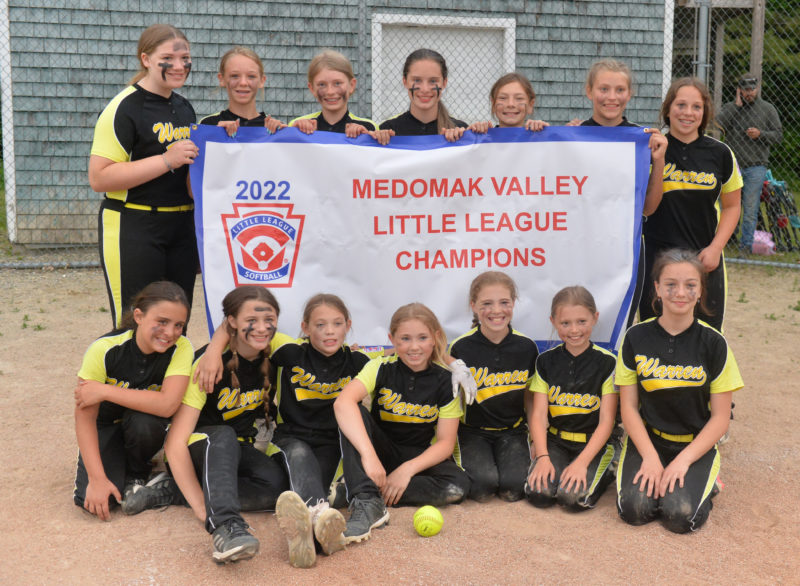