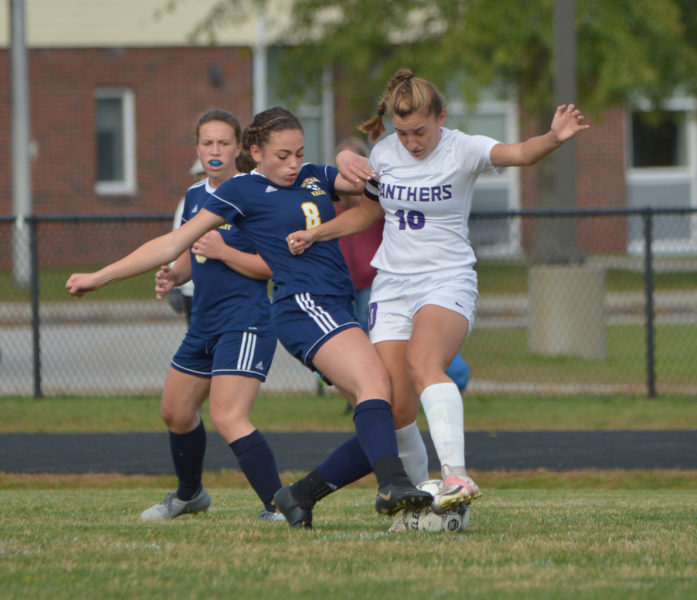 Waterville girls soccer team captured a 2-1 double overtime win over Medomak Valley in Waldoboro on Oct. 3. Medomak took an early lead when  Cameron Bains scored on an Annie Vannoy cross with 22:45 to go in the first half. Danica Serdienean scored on a cross from Paige St.Pierre with 5:36 left in the first frame. Neither team mustered a goal in the second half or first overtime. St.Pierre scored the game winner 1:13 into the second overtime when she ran onto a direct kick, and split a pair of Panther defenders for an open shot on Medomak’s net.