Waynflete defeated Boothbay boys basketball 53-41 in a South Class C Regional match-up at the Augusta Civic Center on Feb. 20. With the win, the Flyers advance to the Regional championship game.

The Seahawks stayed with the much taller Waynflete team in first quarter action, trailing 14-13 a the break. Nick Morley tied the game at the foul line a minute into the second period, before the Flyers rattled off the next nine points to take the lead for good. Boothbay stayed within striking distance, trailing by eight at the half 27-19 and by eight at the end of three, 32-24. The Flyers out scored the Seahawks 21-17 in the final stanza to advance. 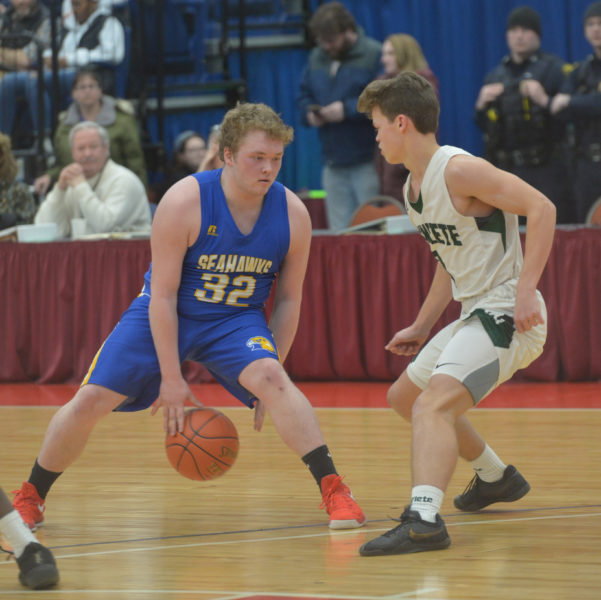 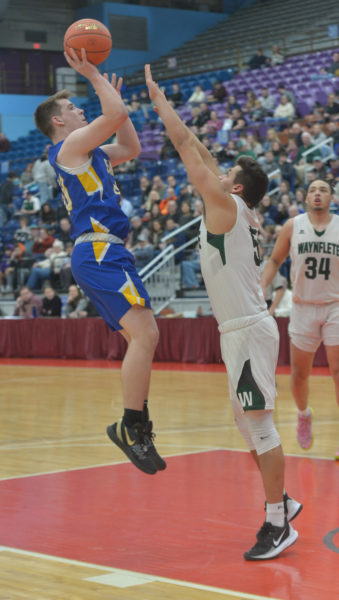