Waynflete rallied from behind to beat Wiscasset 3-2 under the lights in  Wiscasset on October 25 in a South Class C quarter-final match-up. Grant Hefler headed in a Ethan James throw-in two minutes into the game to give the Wolverines the lead. Ilyas Abdi scored his first of three goals to tie the game with 5:35 into the contest. Russell Marr recaptured the lead when he stole the ball from a defender and put the ball into the back of the net with 6:16 to play in the half.

Abdi scored on a breakaway five minutes into the second half to tie the game at 2-2. Abdi scored the game winner with 1:07 to play.

Waynflete held a 26-10 advantage in shots. Conlan Ranta made 21 saves for Wiscasset, and Luca Antolini seven for MCI. 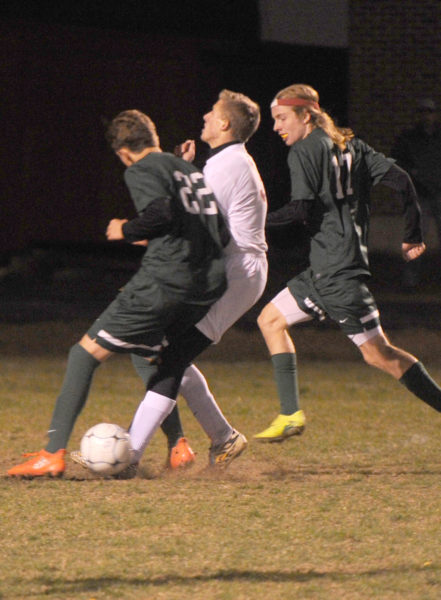 Grant Hefler gets an elbow to the midsection from Waynflete defender Miles Upton. (Paula Roberts photo) 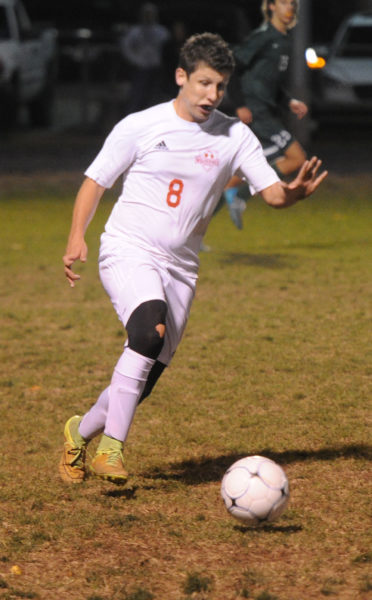 Russell Marr carries the ball up the field for Wiscasset. (Paula Roberts photo)