Wells girls basketball team robbed the Eagles nest for a 51-44 win on Dec. 22. The Warriers led 20-9, 32-19 and 42-32 at the quarter breaks. Lincoln pulled within six both in the third and fourth periods. Wells sank seven of 12 foul shots in the final two minutes of play to extend their lead. Wells was led by Nat Thurber with 20 (3-3’s). The Eagles were led by Brie Wajer with 15. 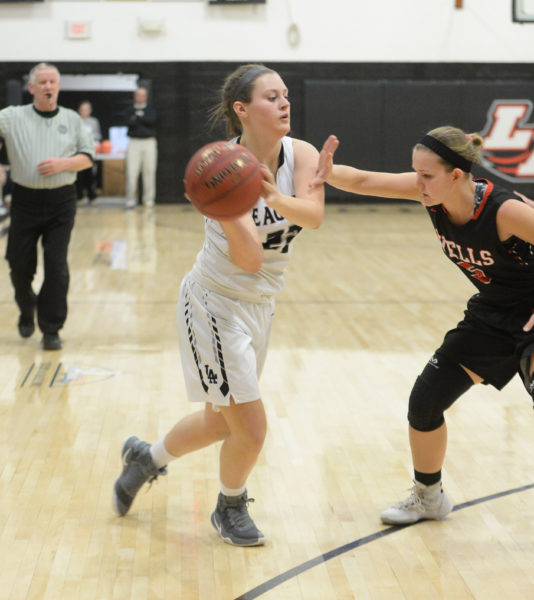 Kortney McKenna passes the ball inside for the Lady Eagles. (Paula Roberts photo) 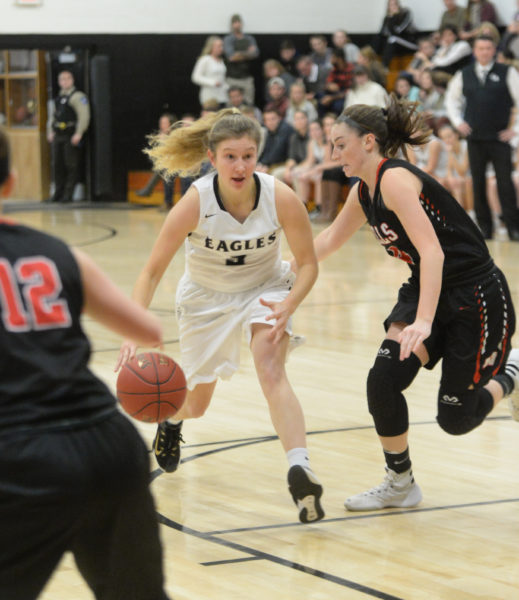 Brie Wajer looks for an open Eagle teammate as she drives inside. (Paula Roberts photo)