Medomak led by 11 with a minute to play in the third quarter. Cony threw an aggressive press at the Panthers to score 14 straight points over two

Simon McCormick, of Whitefield, scores on a breakaway for Cony. McCormick scored the tying 3-pointer and the winning basket to lift the Rams over Medomak Valley in a North A quarter-final on Feb. 17. (Paula Roberts photo) 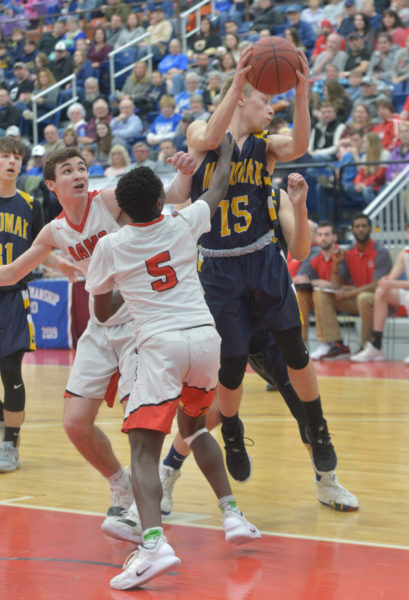 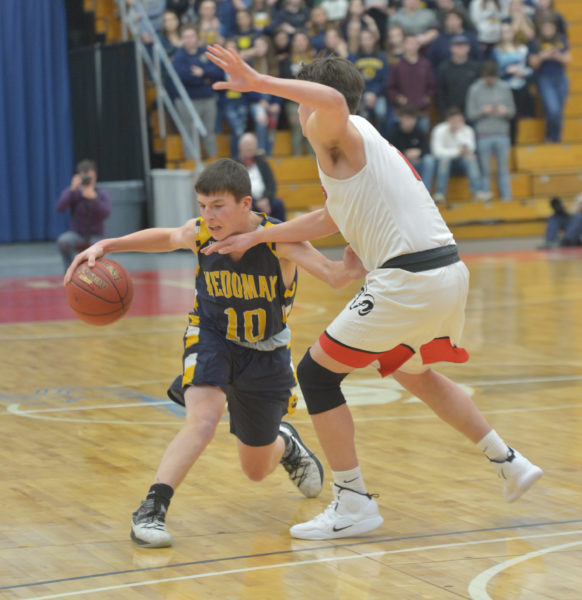 Panther Ryan Creamer takes one to the throat while bringing the ball up the court for Medomak. (Paula Roberts photo)

quarters to take a three point lead 50 seconds into the final period. Medomak retook the lead and were up by three with under a minute to play. McCormick hit a big three to knot the score at 71-71 with 35 seconds to play. Ian Bowers stole a Panther pass and spun around the intended receiver on a hard collision, then tossed the ball down the court to McCormick who scored the game winning lay-up with two seconds left to play.