The Wildcats won an exciting Medomak Valley Little championship game over the Tigers, 12-7 on June 12 on Sukeforth Field in Waldoboro.

The Wildcats jumped out to a 7-0 lead, before the Tigers came clawing back to tie the game in the top of the fifth inning. The Wildcats took advantage of four walks, and a RBI single to Kory Donlin and RBI triple to Kyle Smith to score five runs in the bottom of the sixth to win.

Hitting for the Wildcats were Smith with a triple and double, Lash a double and single, Isaac Simmons a triple,  and Kory Donlin and Walker Simmons a single each. Hitting for the Tigers were Isaac Bickford with two doubles (4RBI), Donnie Havener a two run double,  and Jacob Miller and Sam Moody a single each. 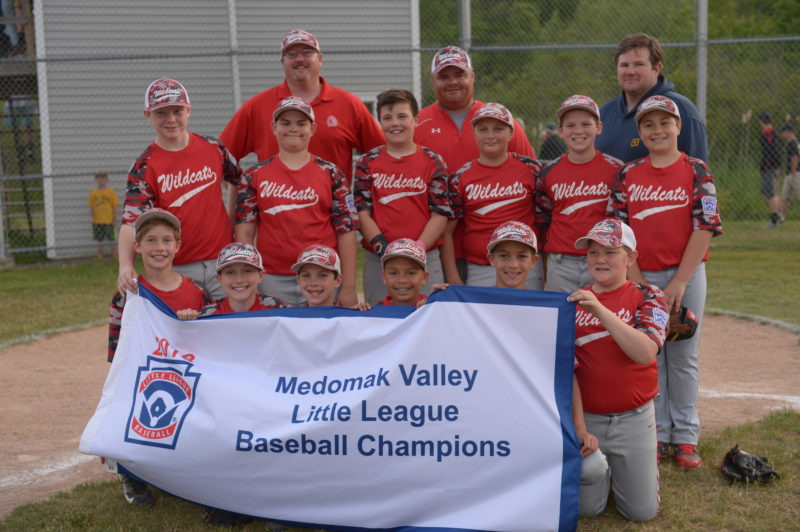