Winthrop girls basketball team defeated Boothbay Region 38-34 in the South Class C regional championship game on Saturday, Feb. 22 at the Augusta Civic Center. The game came down to the wire, with Boothbay having 38 seconds to tie the game up. Multiple Seahawks shots failed to fall, and Winthrop’s Lydia Rice came away with the rebound with two seconds to play. Rice was fouled and made both shots for a four point Rambler win.

Boothbay led 9-6 at the quarter, the two teams were locked into a 19-19 tie at the half and Winthrop held a three point advantage 27-24 at the end of three. The Ramblers led by eight points with 5:44 to play, before the Seahawk rallied to pull within two with 1:43 to play. Chloe Arsenault scored two hoops and Glory Blethen one in the rally. Boothbay sank only two of four foul shots down the stretch to open the door for a Winthrop victory. 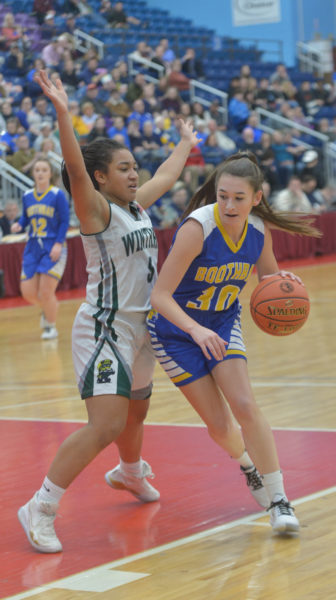 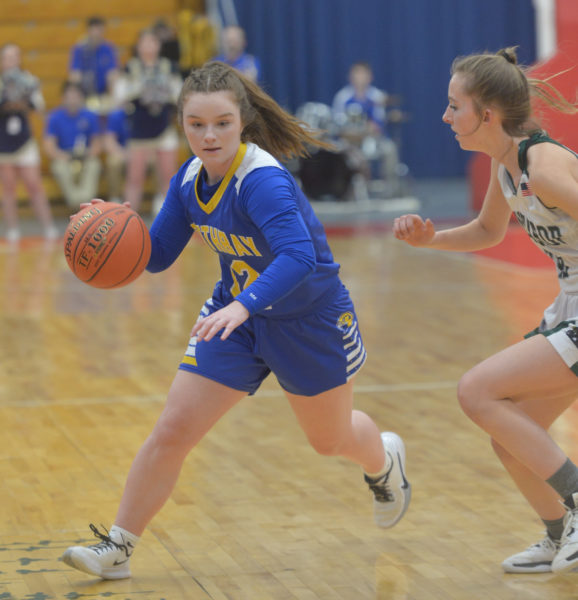 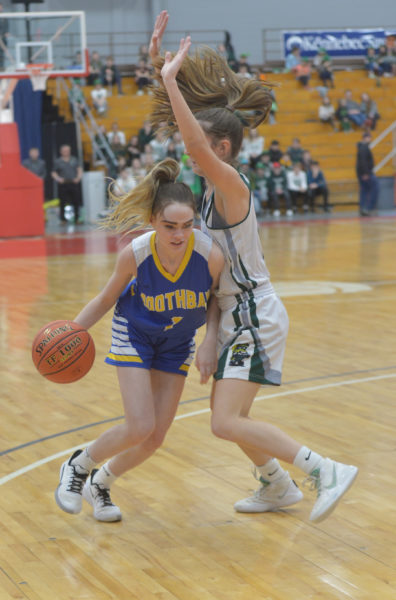