Top seed and undefeated Winthrop boys basketball team beat Wiscasset 76-42 in a South C quarter-final game at the Augusta Civic Center on Mon., Feb. 20. The Ramblers closed out the first period with a 10-1 run to take a 22-10 lead at the end of one. Winthrop pulled away in the second frame leading 39-18 at the half and 55-30 at the end of three.

Winthrop was led by Jacob Hickey 30 and Nate Blanc 9. Wiscasset was led by Ethan James 19, Kevin Lynch 6 and Zach Reed 5. 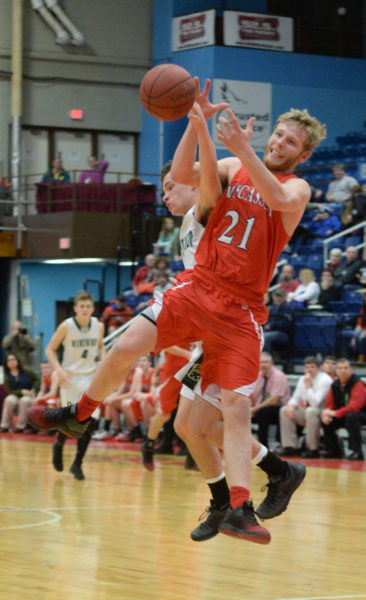 Kevin Lynch leaps into the air to catch a full court pass from a Wiscasset teammate. (Carrie Reynolds photo) 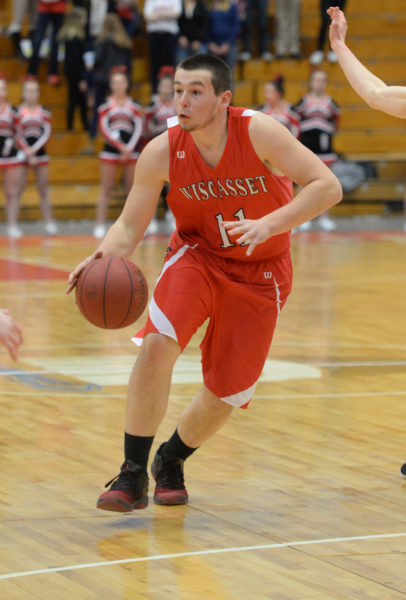 Nate Woodman brings the ball up the court for the Wolverines. (Carrie Reynolds photo)