The Wolverines led 17-13 after the first quarter. Searsport opened the second frame with a stall, daring Wiscasset to come out of them. The Wolverines had great patience staying in their defense, and the Vikings stood near half court holding the ball for nearly four straight minutes. They finally took a shot with 3:45 to play in the half, but missed with Ethan James coming away with the rebound. Wiscasset worked the ball around in their offensive end and got off their first shot (made by Kevin Lynch) of the second period with 2:40 to go.

Wiscasset led 22-16 at the half and 34-26 at the end of three. Wiscasset went up by 10 in the fourth, before Searsport cut the lead to four. The Vikings put Wiscasset on the line with 1:18 to go. Viking fans held up huge cardboards signs on the stage of the end line reading ‘large distracting sign’. Wiscasset was unfazed by the sign 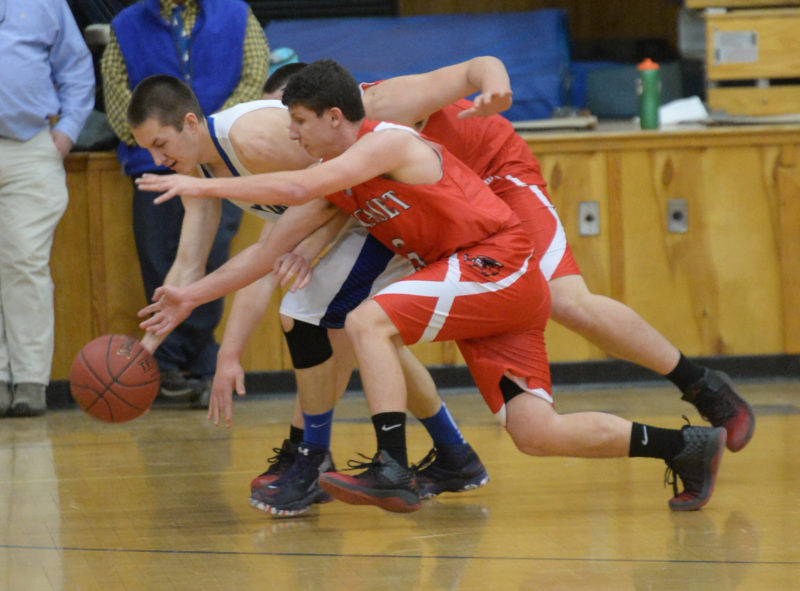 s and sank six straight fouls shots, two each from Cody Roberts, James and Russell Marr to build the lead back to 10 with 37 seconds left to play.

Scoring leaders for Wiscasset were James 17, Roberts 11 and Marr 10. Searsport was led by Barrett Grant 16 and Liam MacMillan 15.