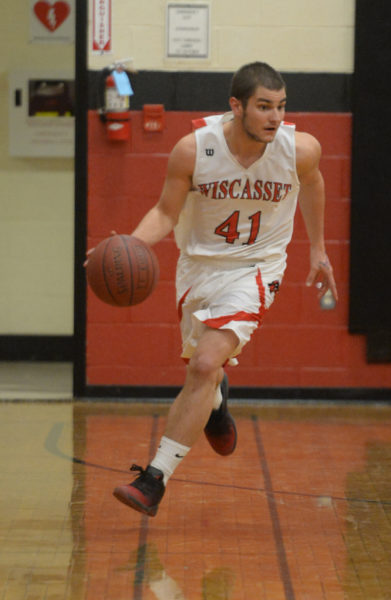 Cody Roberts brings the ball up the court for Wiscasset. (Paula Roberts photo) 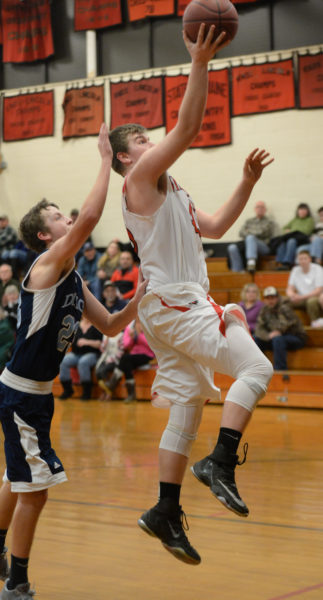 Zach Reed drives inside for the Wolverines. (Paula Roberts photo)