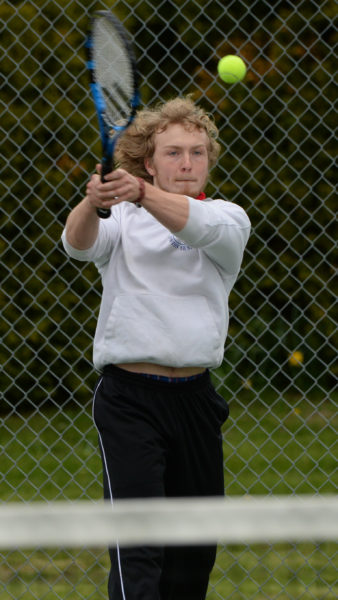 Aidan Carlson returns a shot at the net for Wiscasset. (Paula Roberts photo) 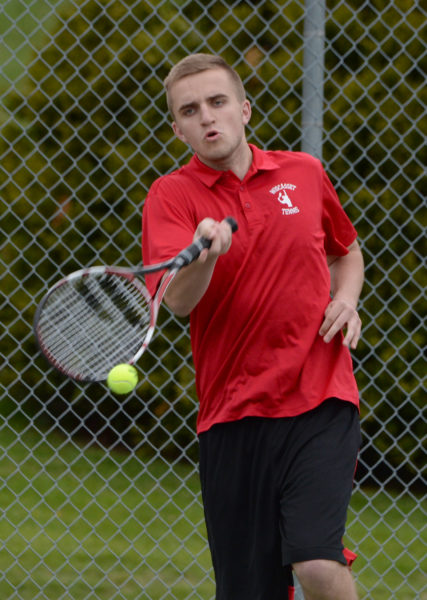