Wiscasset girls soccer team upset higher seed Searsport 4-1 on Tues., Oct. 24 in a South Class D quarter-final match up. Grace Webber netted two goals and assisted on Lily Souza’s goal. Gwen Webber scored the third goal when she bounced a corner kick off a Searsport defender. Kayla Gordon fended off a barrage of Searsport shots in the second half to earn the win in net for the Wolverines 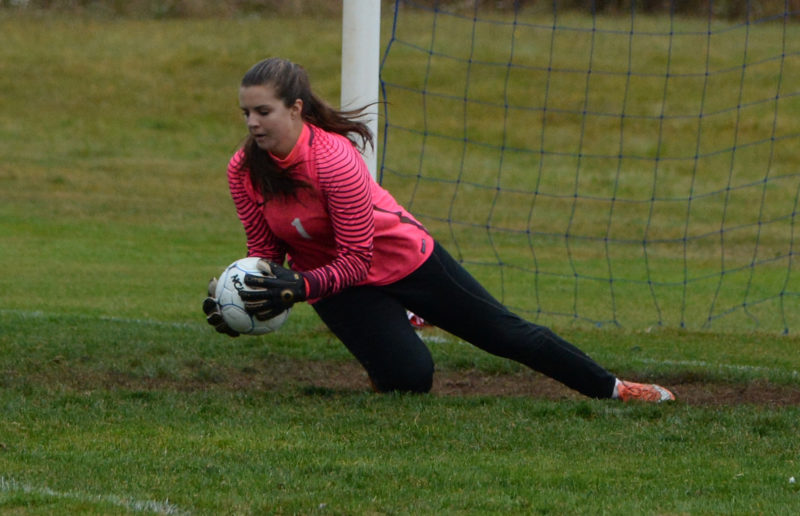 Lindsey Gordon makes a diving save in net for Wiscasset. (Paula Roberts photo) 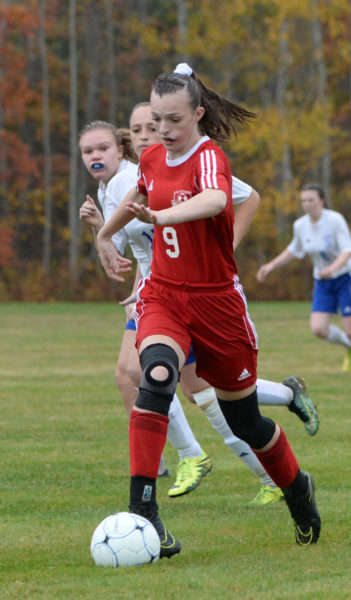 Grace Webber breaks free down the left win in the first half. Webber scored two goals and assisted on a third in Wiscaset’s 4-1 South D preliminary win over Searsport. (Paula Roberts photo)