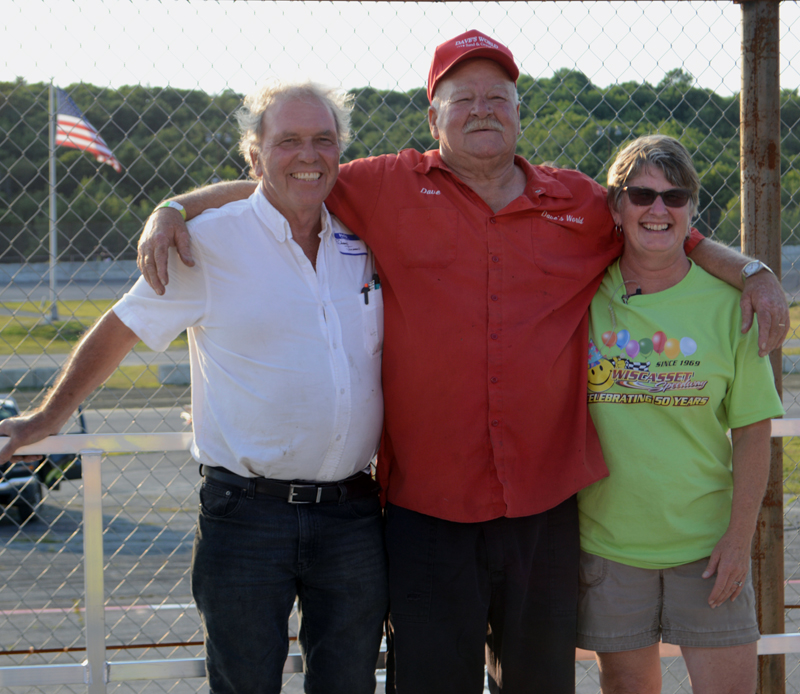 Wiscasset Speedway celebrated its 50th birthday in style Saturday, July 27 with a 50-lap race, the induction of the first class into its new hall of fame, and, finally, a fireworks display.

Since then, the track has gone through many changes. The current owners, Richard and Vanessa Jordan, bought it in 2012.

Because the 3/8-mile track was built as a high-banked oval stock car track, rising 8-12 degrees in some places, and is the only such track in Maine, Wiscasset Speedway has been able to boast the title of “Maine’s biggest and fastest” racetrack since it opened. 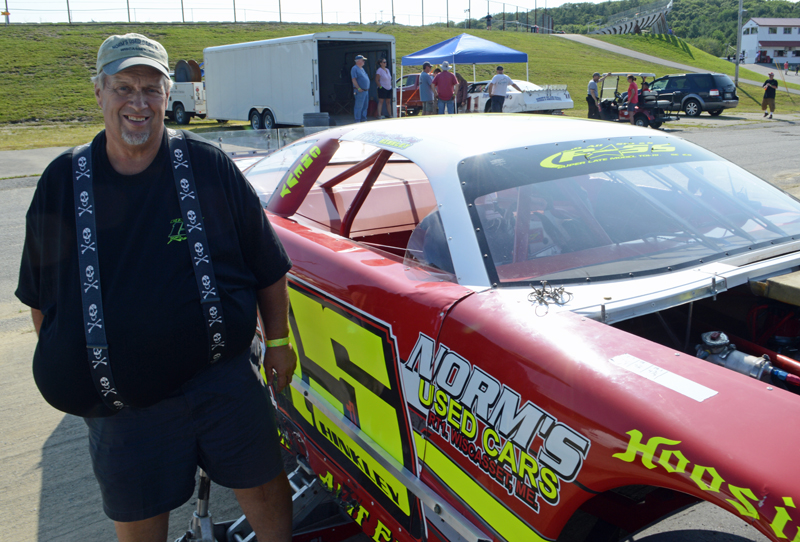 The racing kicked off at around 5 p.m. with the qualifying heat laps, which determine the positions each driver will start from in the feature races, for each division.

The divisions racing on Saturday night were the prostock cars, which average about 90 mph on the track (the fastest division), super street, four-cylinder pro, and thunder four mini. The prostocks were the only cars to race 50 laps; the other classes raced 25.

The most noticeable thing when approaching the racetrack is the smell of fumes and burnt rubber and the heat emanating from the pavement.

“That smell always gets my adrenaline up,” said Tom Cost, a member of the track’s history committee. “Ever since I was a kid, I’ve been coming to the track, and I always remember that smell.” 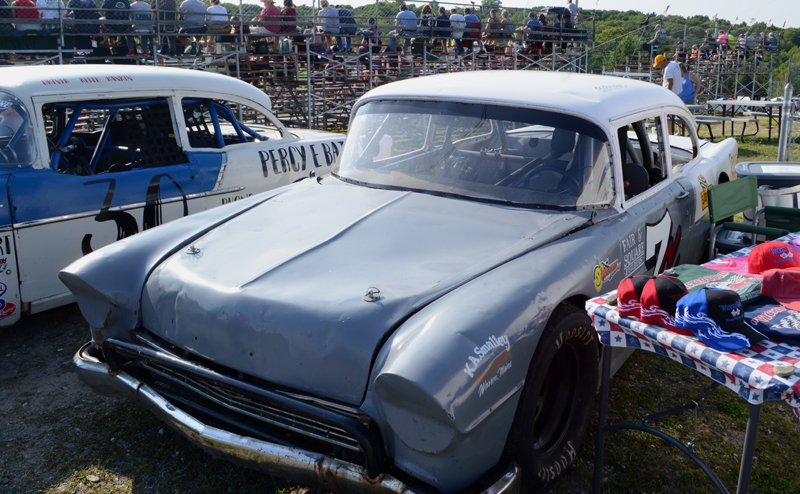 Two vintage race cars from the early days of the Wiscasset Speedway are on display at the track’s 50th anniversary celebration Saturday, July 27. (Evan Houk photo)

That is a large part of the experience. Another large part is the noise, which is eardrum-rattling when sitting close to the fence around the track.

But all these sensations combine to form a visceral and immediate experience for the viewer. Then, when a crash occurs, and it always does, the effect becomes that much more real.

The speedway has had an average of almost 1,000 people every weekend this season, far more than any other track in Maine, Cost said. He said most of the attendees are families with children.

The speedway is fully equipped for this demographic with a kids club, a well-stocked souvenir shop, and three concession stands, complete with funnel cakes and an array of toppings. 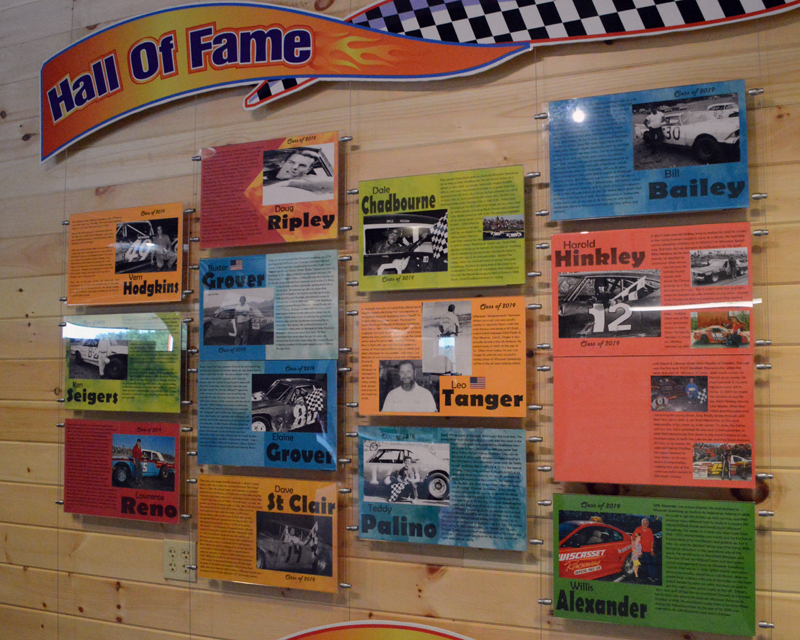 The new Wiscasset Speedway Hall of Fame display next to the souvenir shop. The track inducted the first class as part of its 50th anniversary festivities. (Evan Houk photo)

After the qualifying heats, a ceremony honored 45 former track champions, including 19 active racers, and the inaugural class of the Wiscasset Speedway Hall of Fame.

Kevin Douglass, of Sidney, took the 50-lap prostock feature race with a time of 25:33.185 after taking the lead nine laps in.

The evening was capped off by a thunderous fireworks display put on by Central Maine Pyrotechnics.

Wiscasset Speedway, at 274 West Alna Road, holds races every Saturday night through October. Tickets are $5. Admission is free for children age 6 and under. Pit passes are $20. For more information, call 491-3720 or go to wiscassetspeedway.com.