On September 10, Wiscasset boys soccer team defeated Hall-Dale 4-3. Russell Marr scored two goals and assisted on one, and Grant Hefler and Aiden Carlson added a goal each. Boyer, Smith and Nadeau scored for the Bulldogs. 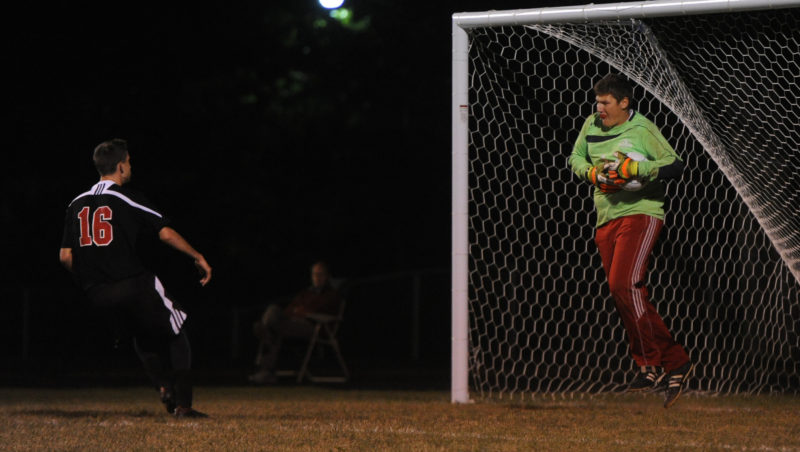 Conlan Ranta makes a save in net for Wiscasset. (Paula Roberts photo)

Lisbon boys soccer team robbed he Wolverine nest for a 1-0 win on Sept. 12 in Wiscasset. Cam Poisson scored the game winner with 12 and a half minutes left in the first half. Both teams played physical hard nosed soccer. Conlon Ranta made six saves for Wiscasset, and Jonah Sautter seven for Lisbon in the mid-field battle.