Top ranked Yarmouth boys soccer team eliminated Lincoln Academy from the South B semi-finals Saturday night with an 8-0 shutout win over the Eagles. Eric LaBrie netted four goals for the Clippers, Jason Lainey added two and Anders Corey and Ben Norton one each.

Sam Laemmle had 12 saves in net for the Eagles. 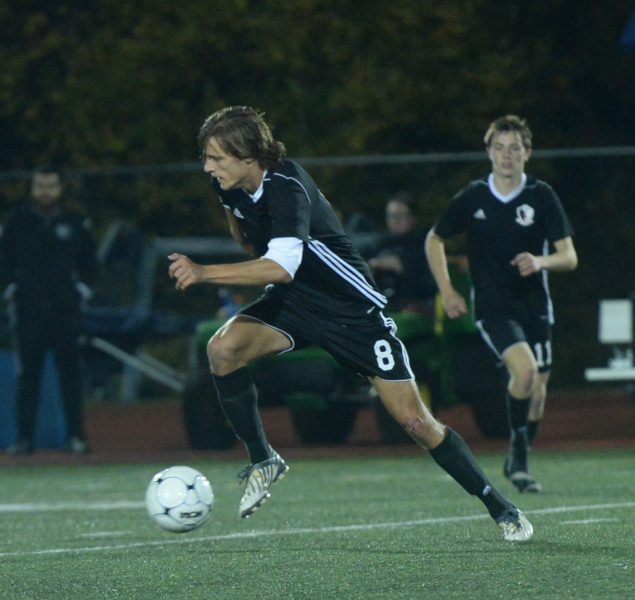 Ethan Avantaggio breaks down the field for the Eagles. (Paula Roberts photo) 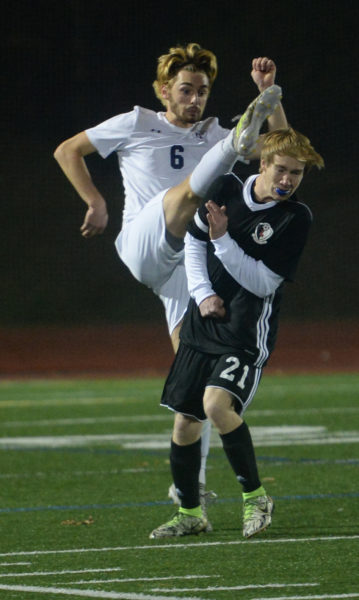 Yarmouth’s Silas Chappell nearly kicks Nate Simmons in the head, but foul was called on the play. (Paula Roberts photo)