Yarmouth defeated Medomak Valley 47-35 to win the South Class B Regional championship and advance to the State title game. The Panthers jumped out to a 12-5 first quarter lead,  led 21-20 at the half, and trailed 31-28 at the end of three.

Yarmouth shut down Medomak’s inside game, holding them to just four second half baskets. This is the first time all season that Medomak has been held to under 40 points. Yarmouth connected from behind the arch for six three pointers, led by five from Stevie Walsh. Peter Psyhogeos took over in the second half, scoring 14 of his game high 17 points, including going 8 for 8 at the foul line over the final two quarters. Psyhogeos also grabbed seven of his game high 10 rebounds in the second half, including five in the pivotal fourth quarter. 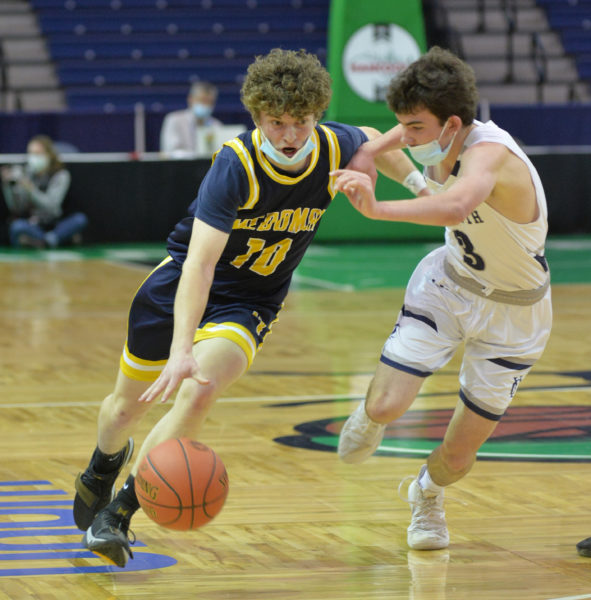 Patrick McKenney brings the ball up the court for the Panthers as Matt Waeldner defends for Yarmouth. (Paula Roberts photo) 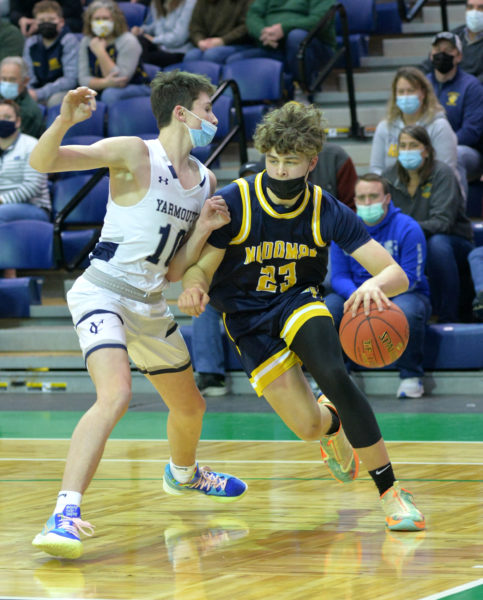