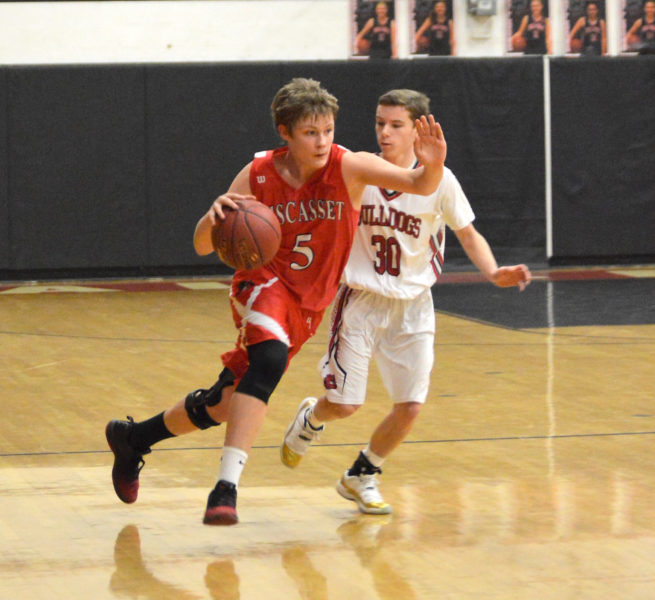 Logan Orr brings the ball up the court for the Wolverines. (Carrie Reynolds photo) 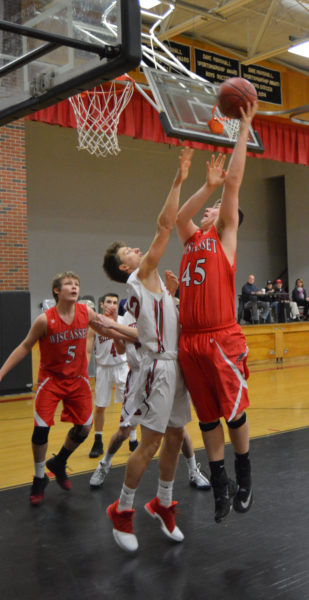 Ethan James needs 14 more points to reach the milestone 1,000 career point mark. The Wolverines are scheduled to play home against Lisbon on Tues., Jan. 24 at 7  p.m.