Connor Daigle broke the Medomak Valley 3200m record on April 28 at a track and field meet in Bath. The record, previously owned by Stacy Bryant was set 39 years ago in 1981 in a time of 9:56.8. Daigle broke the school record with a first place finish in 9:48.37.

Medomak Valley girls track and field team won a dual meet at Morse on April 29 in their season opener. The Lady Panthers collected 11 first places to score 87 points in the win. Morse scored 59.

A full report will appear in the May 6 edition of The Lincoln County News. 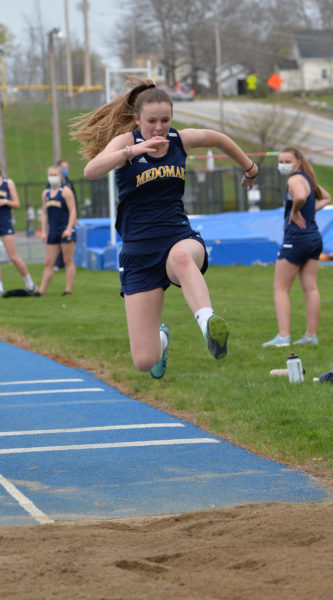