Lincoln Academy boys basketball team defeated Morse 53-48 on Jan. 27 in the Eagles nest. LA jumped out to a 9-0 lead and built their lead to 16-4 at the quarter break. Morse pulled within single digits in the next three quarters, but were unable to take the lead. The Eagles struggled at the foul line in the fourth period, but held on for a five point win. Lincoln was led by Tucker Stiles with 17 points, Lucas Houghton 11 and Gabe Hagar 10. Morse was led by Gabe Aucoin with 24 points. 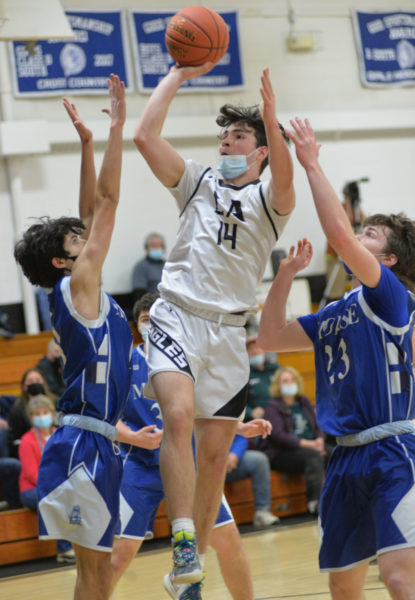 Lucas Houghton drives inside for the Eagles. (Paula Roberts photo) 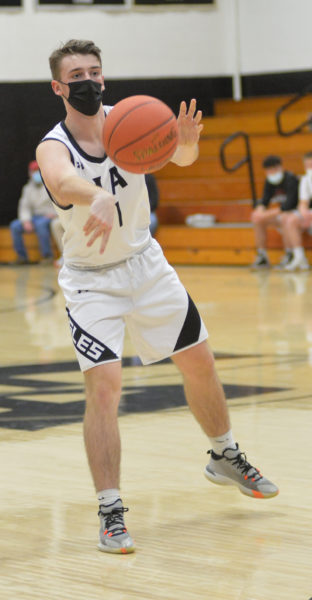