A mechanical issue is believed to have been the cause of a fire that destroyed a Land Rover SUV on Gardiner Road (Route 27) in Dresden the afternoon of Sunday, Feb. 12. The three occupants of the vehicle are safe. 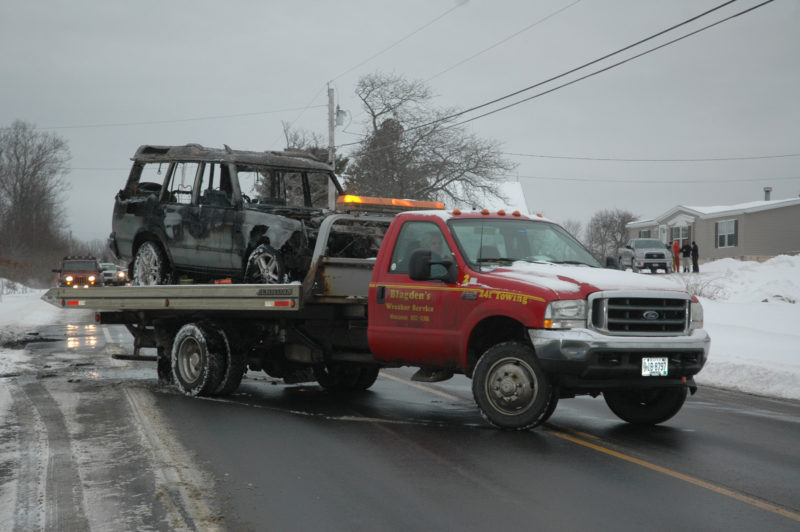 A wrecker prepares to remove the remains of a Land Rover SUV from the scene of a fire on Gardiner Road (Route 27) in Dresden the afternoon of Sunday, Feb. 12. (Alexander Violo photo)

The fire closed the road while firefighters extinguished the blaze and cleared the scene.

Sandner pulled over and the vehicle started to smoke. Sandner and his two passengers exited the vehicle safely before the fire became fully involved.

The Lincoln County Sheriff’s Office and the Wiscasset Fire Department also responded to the scene. 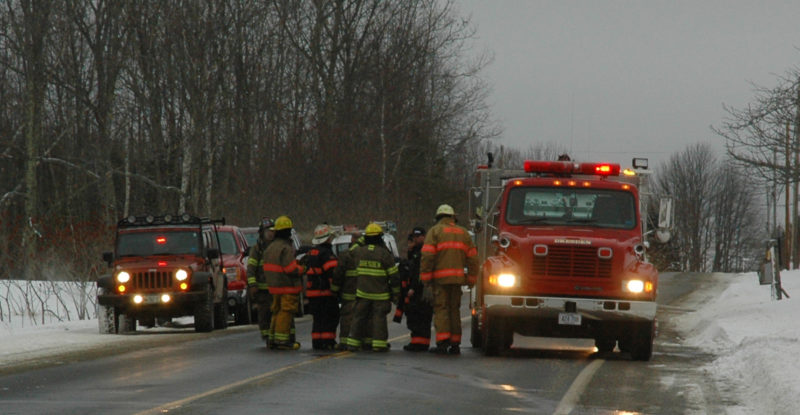 Firefighters work at the scene of a vehicle fire on Gardiner Road (Route 27) in Dresden the afternoon of Sunday, Feb. 12. (Alexander Violo photo)