Hermon upset top seed Medomak Valley 16-12 in a North C semi-final match on Nov. 6 in Bath. The Hawks jumped out to a 16-0 first half lead. Johnny Kokoska ran for the first touchdown. Hermon scored with two seconds left in the half, after the Panthers stopped them with goal line stands on second and third down. On the fourth down, Gary Glidden scored on a one yard run for the Hawks. 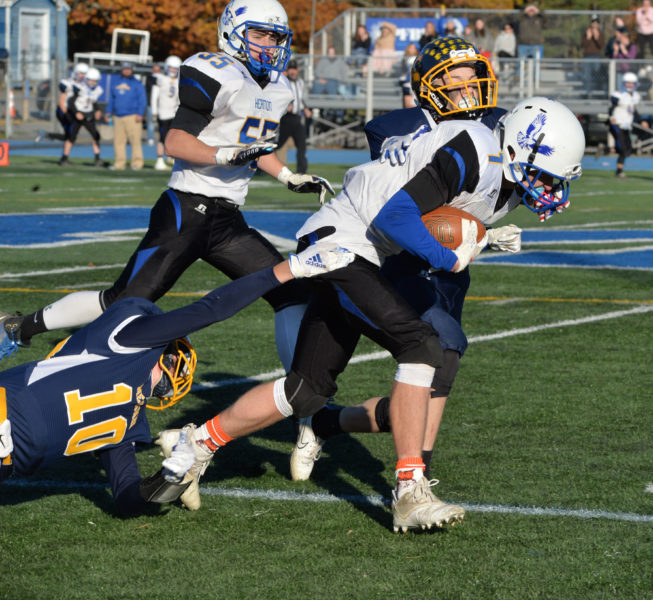 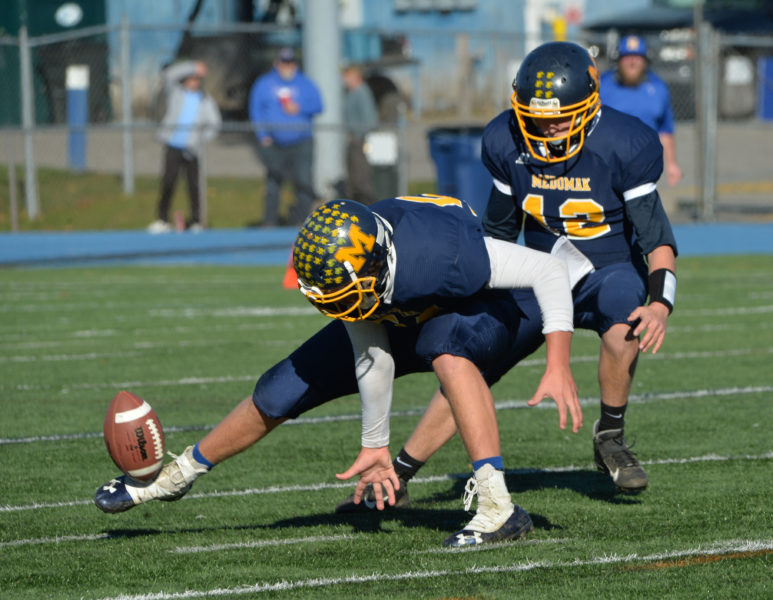 Jethro Pease watches the ball after a fumble before pouncing on it. (Paula Roberts photo)