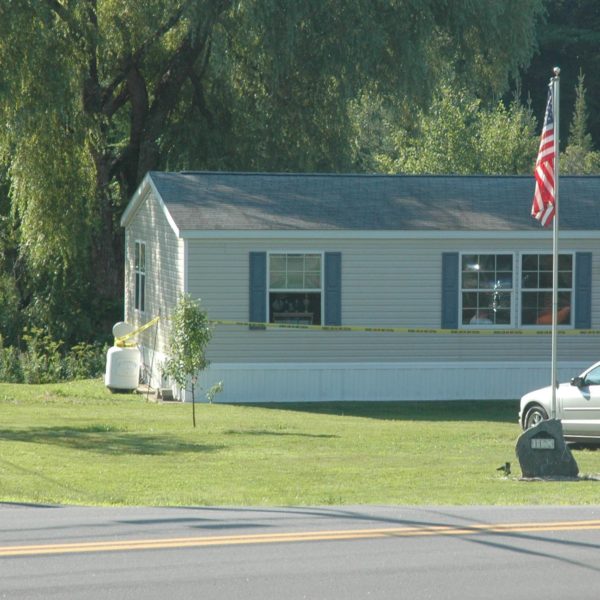 Caution tape surrounds a mobile home at the corner of Dutch Neck Road and Route 32 in Waldoboro after an electrical fire damaged the interior of the home early Thursday, July 28. (Alexander Violo photo)

An electrical fire damaged a mobile home at the corner of Dutch Neck Road and Route 32 in Waldoboro early Thursday, July 28.

According to Waldoboro Fire Chief Paul Smeltzer, the home sustained heavy fire damage in the kitchen area and smoke damage throughout the rest of the building.

Smeltzer said the residents were not home at the time of the fire, but a dog died, despite efforts by firefighters to resuscitate the animal with a pet mask.

The chief said he thinks the fire started in the kitchen.

He said that when firefighters arrived at the scene, they immediately entered the building in an effort to save the dog.

Smeltzer said a garden hose was utilized to keep the flames in the kitchen at bay until full crews arrived. He said the fire was knocked down within minutes of the department’s arrival.

Smeltzer said a passerby spotted the fire. He credited the sighting as an integral part of the response.
“The early report and a great response from all departments is why there wasn’t even more damage,” Smeltzer said.

Smeltzer said the Maine State Fire Marshal’s Office had been contacted to investigate.