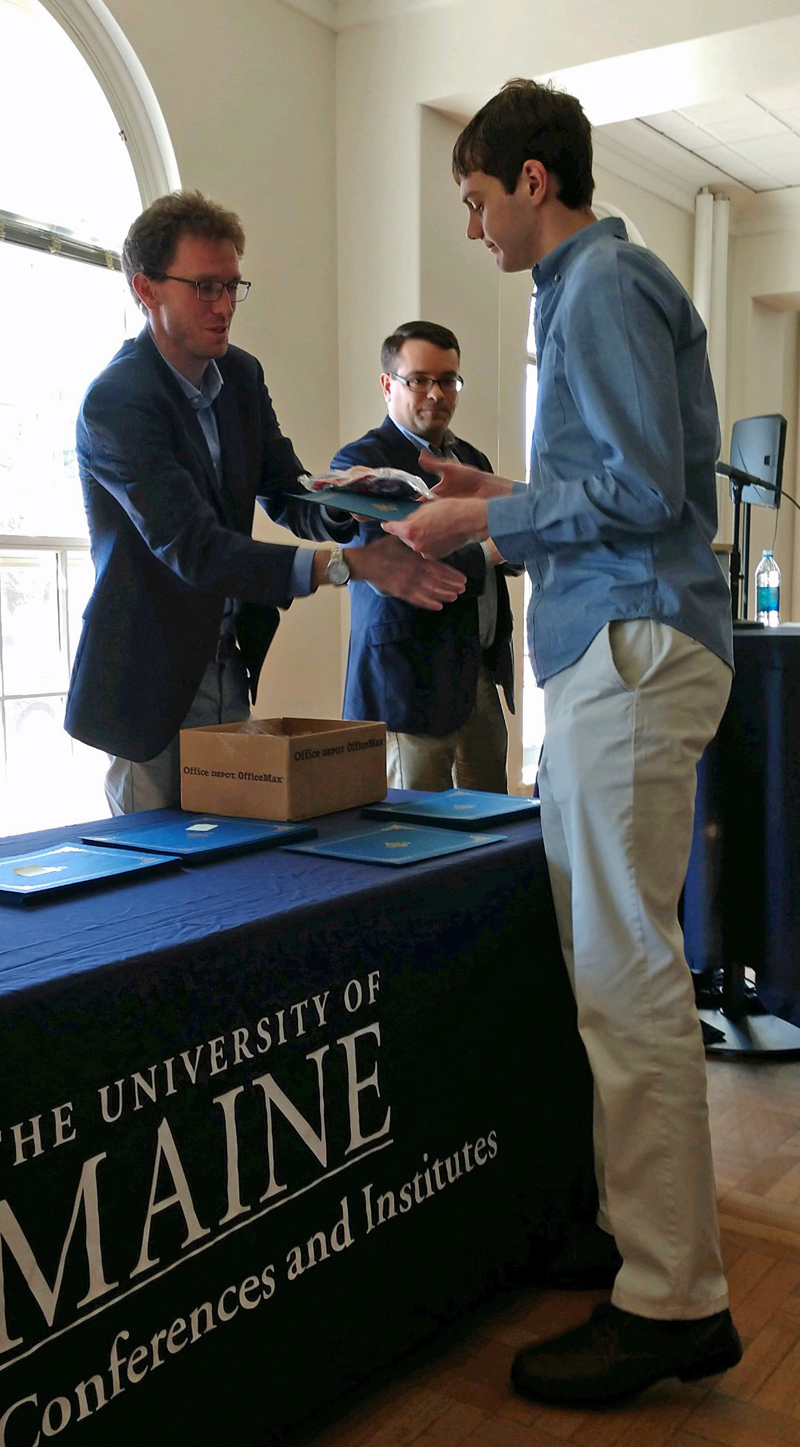 Taylor Holmes (right) is initiated into Phi Alpha Theta during a ceremony in the Estabrooke Ballroom at the University of Maine at Orono on April 29. Holmes is a 2018 graduate of Lincoln Academy.

Taylor Holmes, a 2018 graduate of Lincoln Academy and student at the University of Maine at Orono, was initiated into Phi Alpha Theta, the international history honor society, April 29.

During a ceremony in the university’s Estabrooke Ballroom, Holmes and 14 other students became members of the Phi Gamma Chapter of Phi Alpha Theta.

Holmes is majoring in history and political science, with a minor in English.

John Baldacci, former governor of Maine, was the guest speaker at the ceremony, which also included an awards presentation.

Phi Alpha Theta recognizes students who demonstrate superior ability in the study of history. The society has more than 500 chapters in North America. The Phi Gamma Chapter was established in 1974.