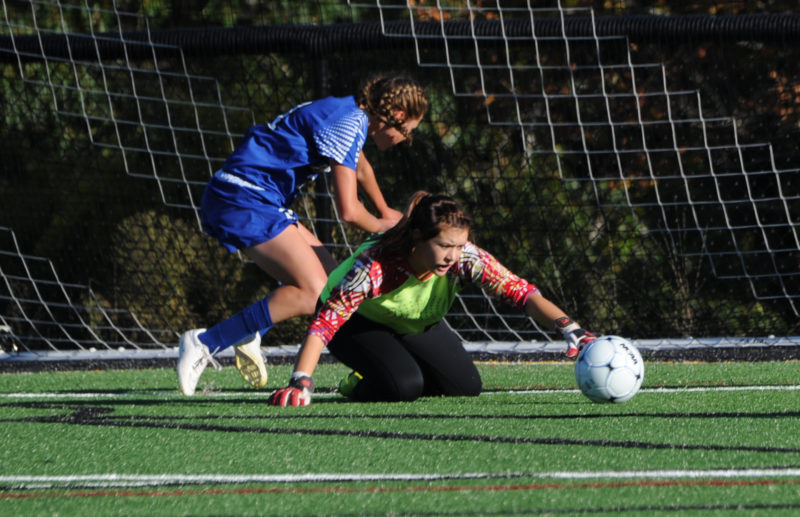 Lincoln Academy goal keeper Christine Hilton makes the save after a colision with an Erskine Academy player. (Paula Roberts photo) 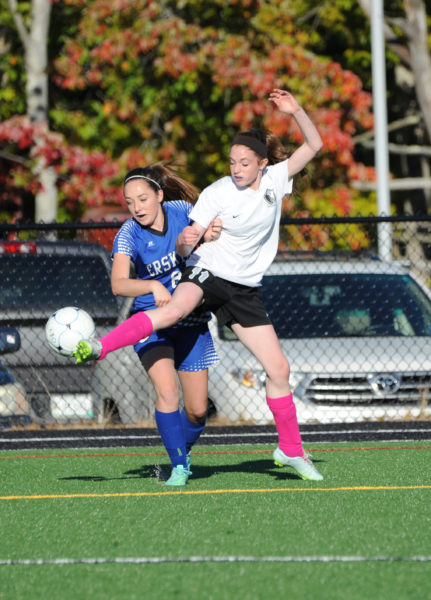