Medomak Valley boys tennis team shut out Ellsworth in a North Class B quarter-final match on June 2 in Waldoboro. The Panthers advanced to the semi-finals with the win. 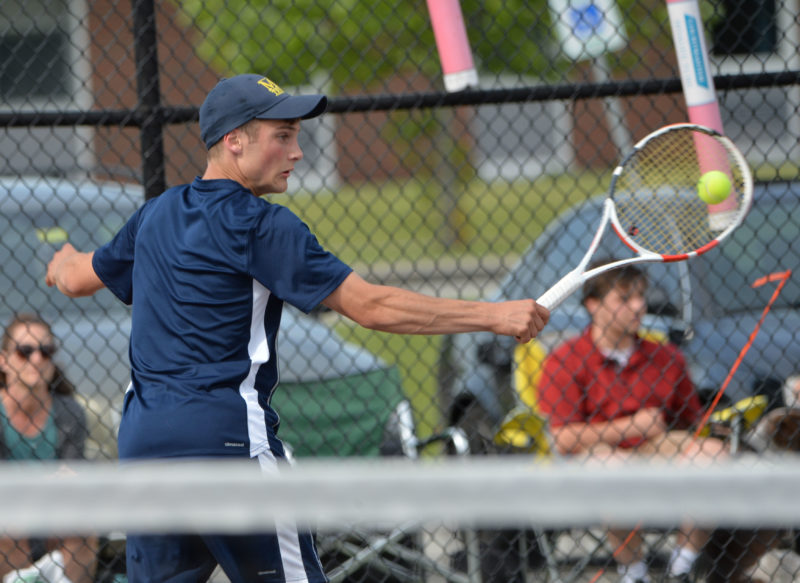 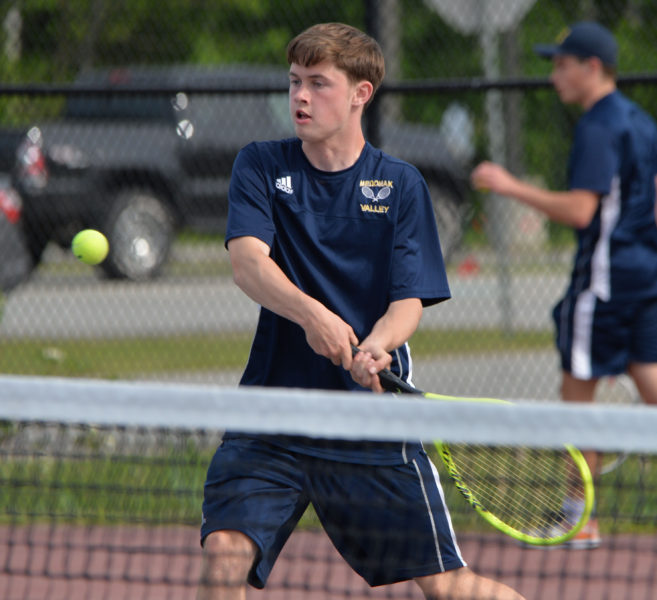 Noah Ludwig returns a shot in the North B quarter-finals. (Paula Roberts photo)