The Panthers jumped out to a 4-0 lead and led 5-1 going into the bottom of the seventh. Oceanside rallied for four runs in the home half of the seventh to force and extra inning. 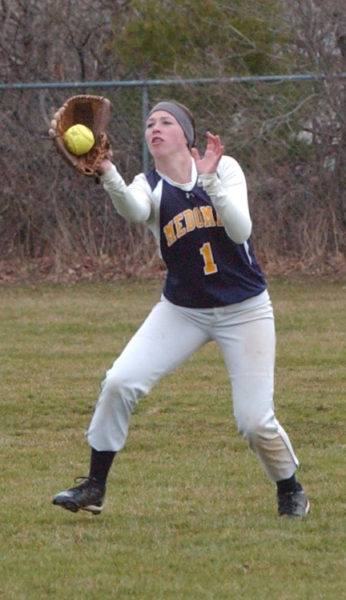 Addie Jameson makes the running catch in the outfield for the Lady Panthers. (Carrie Reynolds photo) 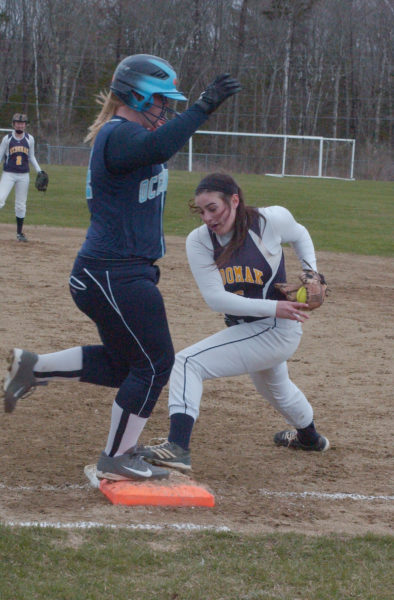 Lydia Simmons picks up the out at first on Oceanside’s K. Grover. (Carrie Reynolds photo)