A Whitefield woman was taken to the hospital with what were described as minor injuries after a single-vehicle accident on Route 17 in Jefferson the afternoon of Wednesday, Sept. 21.

According to Lincoln County Sheriff’s Deputy Chad Gilbert, the driver and sole occupant of the vehicle, Sarah Crosby, 32, of Whitefield, was taken to MaineGeneral in Augusta.

Gilbert said the exact circumstances of the accident were unclear, but the vehicle, a Volvo sedan, was headed east on Route 17 when it traveled across the centerline and struck a pole, where it came to rest.

The deputy said there were no skid marks on the roadway in the vicinity of the collision.

The driver of this Volvo sedan was taken by ambulance to MaineGeneral in Augusta after the vehicle hit a pole on Route 17 in Jefferson on Wednesday, Sept. 21. (Alexander Violo photo) 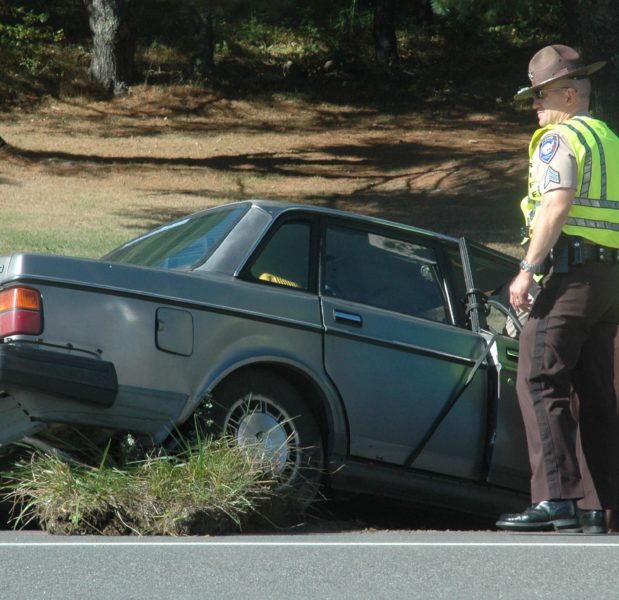 Deputies from the Lincoln County Sheriff’s Office responded to the scene of a car versus pole accident on Route 17 in Jefferson the afternoon of Wednesday, Sept. 21. (Alexander Violo photo)