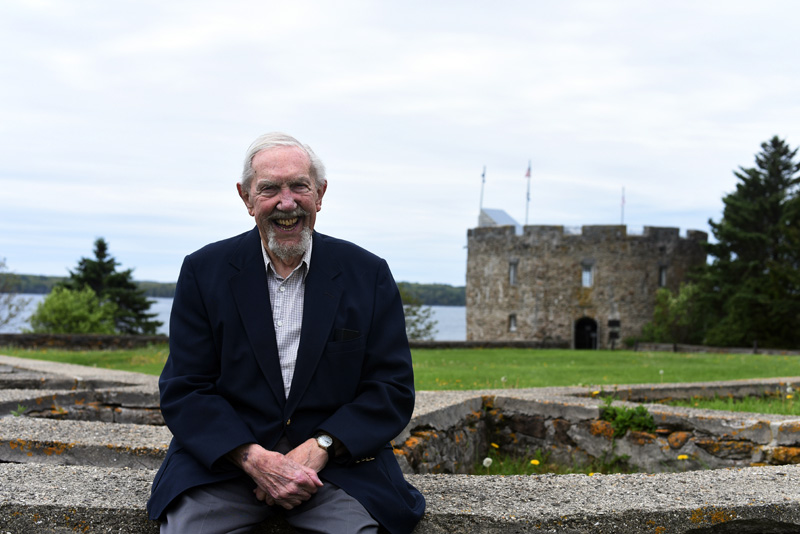 Bob Howell, one of the founders of The Friends of Colonial Pemaquid, sits in front of Fort William Henry on Friday, May 25. (Jessica Picard photo)

The Friends of Colonial Pemaquid, a volunteer organization that promotes Colonial Pemaquid’s historical significance, was started by “three powerful women” 25 years ago, in October 1993, according to 95-year-old founding member Bob Howell.

The women he is referring to were Betty Blaisdell Berry, Sheila MacDonald, and Howell’s wife, Jan.

“She was non-stoppable, I’m afraid,” Howell said of his wife.

The Howells moved to Bristol in 1988, having been born in Britain and lived in places such as New York and Denver.

The three women created the Friends as a way to support and bring attention to the significance of the Colonial Pemaquid State Historic Site, one of the oldest historic sites in Maine.

“It’s a pity people aren’t aware of what happened here so long ago,” Howell said.

Pemaquid was established between 1625 and 1628, and was one of the nation’s earliest English settlements, according to a pamphlet available for visitors to the site. Native Americans used the land long before Europeans arrived.

It was England’s farthest outpost to the northeast, and the nearest settlement to the French in Acadia.

Pemaquid’s early economy was based on fishing, the fur trade, timber, and agriculture.

Several forts were built on the site to protect the settlers from French attacks, and were later destroyed. The current fort is a reconstruction.

Berry thought the site “was an asset that was being wasted,” Howell said. 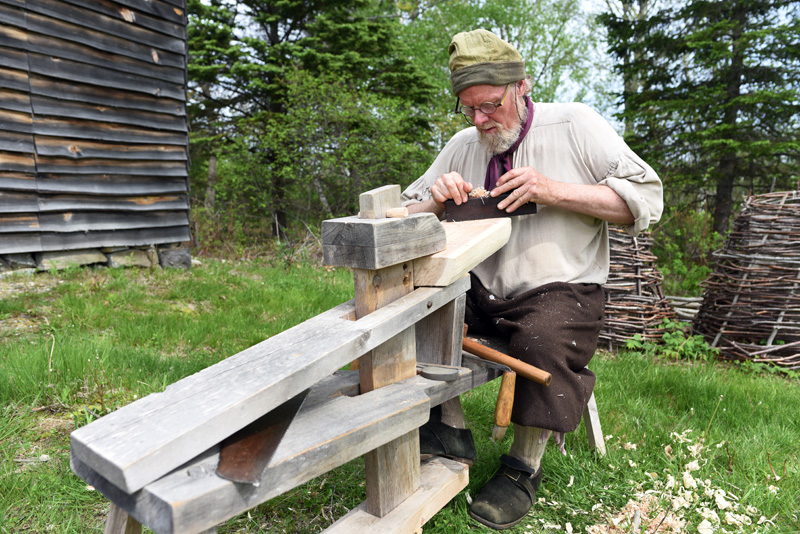 There were eight people at the first Friends meeting, which took place at the Howell home in Bristol, according to Howell.

“I was the tea boy. I’d bring in the cups of tea and the cookies, and they’d be sitting around, dreaming all sorts of schemes up,” Howell joked. “She didn’t have to ask or tell me. I knew what was expected of me!”

As the group grew, the Friends moved their meetings from the Howell home to the Bristol Area Library.

“My main memory is of the competitiveness of the ladies who took part in the catering … by golly, some of those cakes were very good!” Howell said.

“My wife, as president and chairperson, used to get a little annoyed that they were more concerned about the cake and the coffee than they were about the projects,” he continued.

The first large project the Friends took on was restoring the historic Fort House.

“It was an ambitious project,” Howell said.

The site was designated as a National Historic Landmark in 1994. 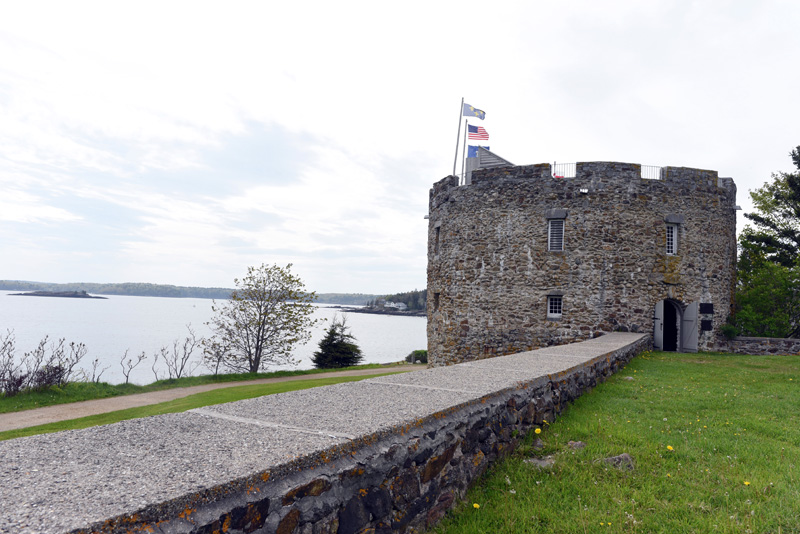 Sometime after his wife passed away in 2006, Howell became the organization’s president for a few years.

Don Loprieno is the current president, and has served in the position for about 10 years.

The fact that the nonprofit has been around for 25 years “is a sign of longevity” and that the group “is doing something right,” Loprieno said.

“We believe in education, stewardship, and in preservation,” he said.

The site, which includes Fort William Henry, the Fort House, a museum, a cemetery, a pier and boat ramp, and The Contented Sole Restaurant, remains a work in progress.

“We have so much that we want to do,” Howell said.

The group is working on a wattle-and-daub house modeled after the homes of early settlers. The goal is to eventually recreate an entire village, with more houses, a tavern, and a blacksmith’s shop, according to Howell.

The group used to scan and log artifacts found in archaeological digs on the site. 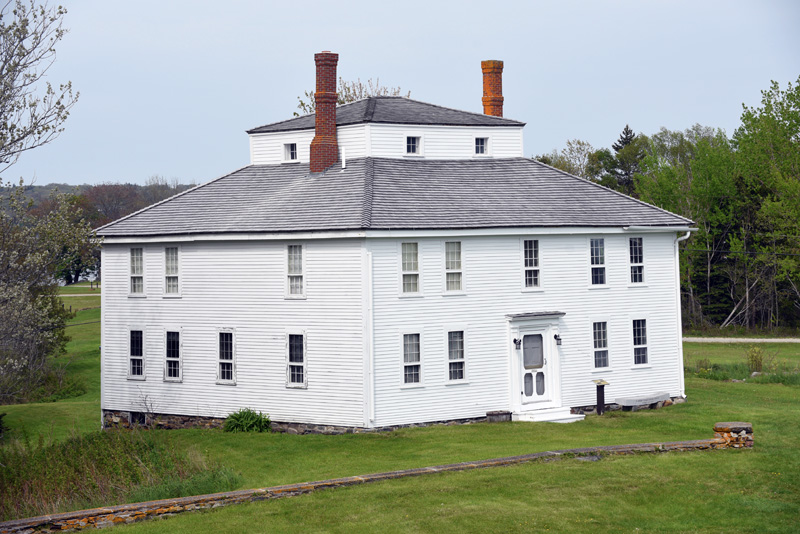 For the past two years, the Friends have pursued a lease of the site in order to play a stronger managerial role. “It’s an idea we’ve been promoting,” Loprieno said.

The Friends also sponsor a variety of activities and events, including the Jan Howell Memorial Lecture Series, reenactments, and an archaeological workshop.

Other activities have included films, photo exhibits, and special workshops devoted to genealogy, preservation of photographs and documents, and healing with herbs.

“The friends groups are all a really great benefit to what we do,” Gary Best, state park regional manager for the Maine Bureau of Parks and Lands, said.

Best said that in its 25 years, The Friends of Colonial Pemaquid has had a “positive impact,” especially in educating the public about the site.

For the past 12 years, the Friends have kicked off the summer season Memorial Day weekend with a concert featuring the traditional tunes of the British Isles, performed by St. Andrew’s Pipes and Drums. 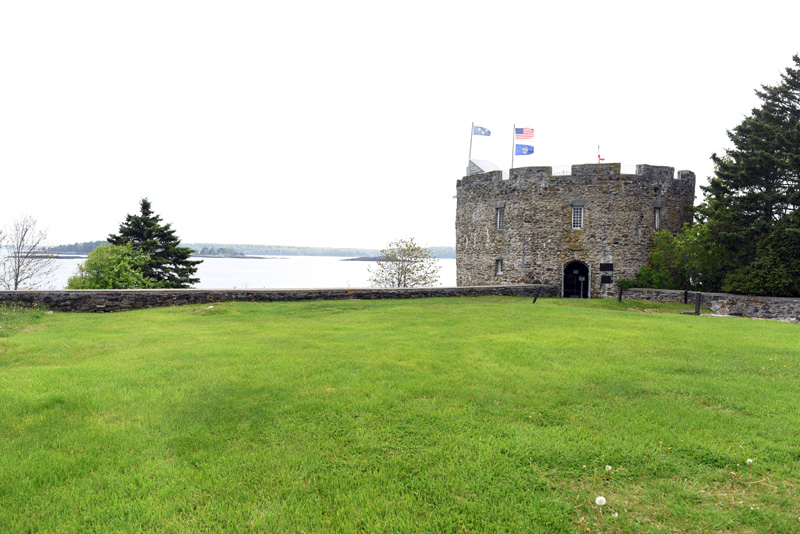 This year, the concert was postponed to 2 p.m. June 24 due to weather.

There will also be a free 17th-century reenactment July 28-29, which will depict settlers, traders, military members, and more.

The Friends of Colonial Pemaquid currently has about 156 members, according to Loprieno.

The group meets on an as-needed basis, often at the fort or at the Bristol Area Library, according to Howell.

The Colonial Pemaquid State Historic Site is open from 9 a.m. to 5 p.m. every day from Memorial Day through Labor Day.

For Maine residents, the entrance fee is $3 for adults. There is no fee for children under 12 or seniors over 65.

For non-residents, the fee is $4 for adults and $1 for seniors. Children are admitted free of charge.

For more information, visit friendsofcolonialpemaquid.org or the nonprofit’s Facebook page.

Even though 25 years have passed since that first meeting, Howell still looks back fondly on the group that started it all.

“They were lovely people … I miss all of them,” Howell said. “Without them, there would be no Friends of Colonial Pemaquid.”