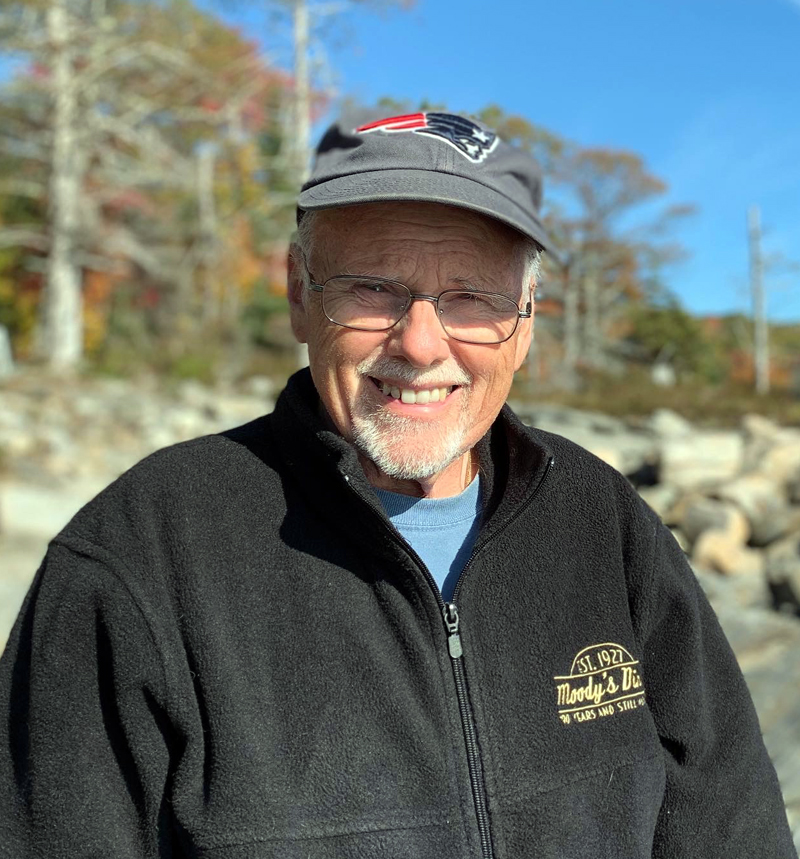 Stephen Douglas Moody, 69, of Waldoboro, passed away at LincolnHealth – Miles Campus on May 31, 2022. He was born in Damariscotta on June 6, 1952 to David B. Moody and Joan Christianson Moody.

Stephen grew up in Waldoboro and attended local schools. He graduated from Medomak Valley High School in the class of 1971. He started his restaurant career at Dave’s Restaurant in Thomaston where he worked for 20 years. After his many years at Dave’s Restaurant he then worked at Moody’s restaurant where he wore many hats as kitchen manager. He gained co-ownership of Moody’s and worked there until he retired.

Stephen loved the beach, baseball, and the Red Sox. He enjoyed attending baseball games and was an avid bowler at DePatsy’s, where he earned the title of state champion. Stephen liked to garden, go camping, hiking, and snowmobiling. He was a member of the Sno-Crawlers, a member of the Anchor Church in Rockport, and Riverside Church in Fort Myers, Fla.

Stephen loved the Lord and had a kind heart. He was a very laid-back man. He loved joking around with the customers and workers at the diner. He had a very distinct Maine accent. He was a resourceful person, always able to fix things and reuse things.