Medomak Valley boys basketball team defeated visiting Maranacook 71-45 on Dec. 27. The Panthers closed out the half with a 15-5 run to take a 33-22 lead at the break. Medomak led 52-34 at the end of three. Scoring leaders for the Panthers were Kory Donlin with 24 points, Blake Morrison 20 and Kevin Sincyr 10. The Black Bears were led by Brayden St.Pierre 16 and Jacob McLaughlin 11. The Panthers held a 40-27 advantage on the boards, led by nine rebounds each from Donlin, Gabe Lash and Finn Parmley.

Lincoln girls lost 55-24 at MCI on Dec. 27. MCI was led by Dean, Robinson and Dunton with 12 points each, and Berrier 10. Lincoln was led by Natalie Kaler, Mariam DeLisle, Aly Poole and Reegan Dunican with 4 each.

Medomak Valley girls raided the Black Bear den for a 54-46 win over Maranacook on Dec. 27. Trailing 27-8 at the end of one, The Panthers rallied to take a 27-25 lead at the half. Haley Puchalski went 3 fo4 4 at the foul line and drew a charge to put the game away. The Lady Panthers offense was led by Kytana Williamson with 23 and Addison McCormick 10. Maranacook was led by Kayle Kubick with 16 and Natalie Mohlar 12.

Lincoln Academy boys basketball team crushed MCI 66-37 on Dec. 27 in the Eagles nest. LA was led by Gabe Hagar with 26 points and Lucas Houghton 17. MCI was led by Drew Shorey with 10 points and Owen Moore 9. 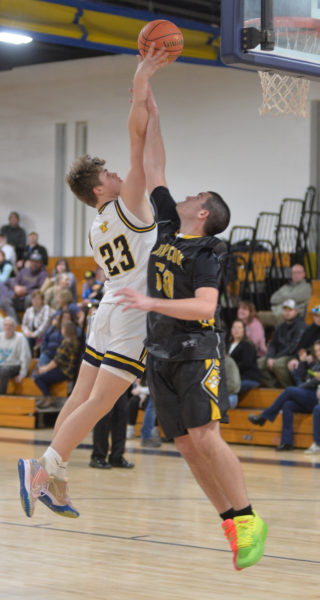