The Wildcats defeated the Panthers 6-0 on June 16 in Warren to win the Medomak Valley Little League baseball championship. Devin Benedix went the distance in the win, striking out 12. Hitting for the Wildcats were Colby Simmons with two singles, Brayden Emery-Ambridge a double, and Carter Jackson, Benedix, Riley Eaton, and Oliver Simmons a single each. Hitting for the Panthers were Trent Wallace and Kaysen Palino with a single each. 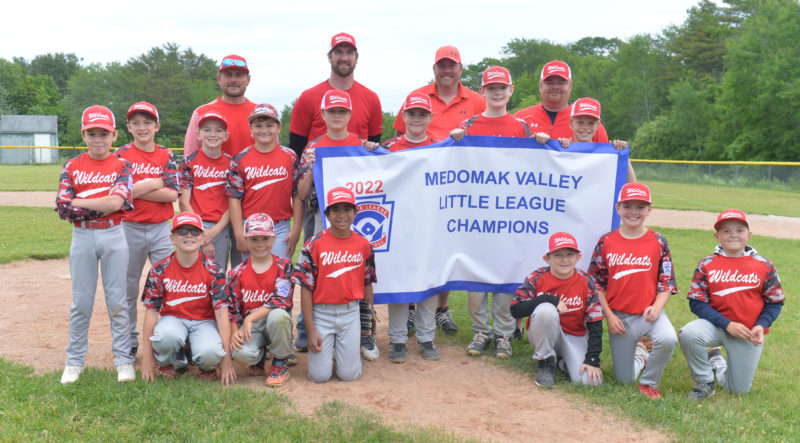