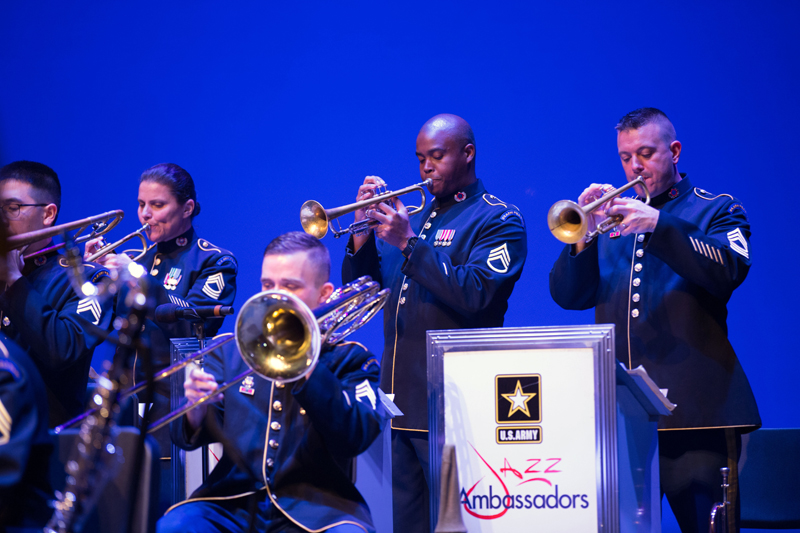 America’s Big Band: Early in March, I chatted with Cathy Sherrill, the executive director of The Opera House at Boothbay Harbor, for “Artsbeat.” A large part of our conversation consisted of talking about all the cool upcoming shows at the opera house.

Coming up on Friday, April 5, the U.S. Army Jazz Ambassadors will perform a free all-ages concert at the opera house at 7:30 p.m. I have been to shows like this before and they are a lot of fun. So, I gave the officer in charge of the band, U.S. Army Chief Warrant Officer 2 Kevin Pick, a call on Thursday, March 21 to talk with him about the band’s Boothbay Harbor show.

Pick was in New Jersey when I caught up to him, on a 35-day tour with the band, which he described as “America’s Big Band.” The Jazz Ambassadors were coming off of a Tuesday, March 19 concert at Dizzy’s Club in New York City. “We were the first military band to play there,” Pick said.

The band’s current tour began March 11 in York, Pa. and will wind up in Pennsylvania in mid-April. Over the course of its East Coast tour, the U.S. Army Jazz Ambassadors will perform in such places as Maplewood, N.J.; Rye Brook, N.Y.; West Hartford, Conn.; Warwick, R.I.; and Worcester, Mass. 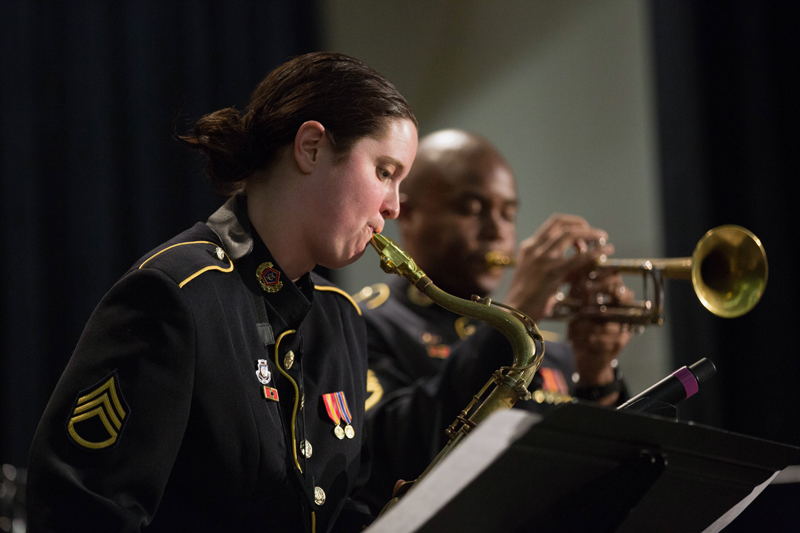 The band will make several concert stops in Maine, in Freeport (April 4), South Portland (April 6), and Fairfield (April 7), in addition to its April 5 Boothbay Harbor concert.

“The band does a really good job of encompassing about 100 years of jazz,” said Pick. The Jazz Ambassadors’ concert repertoire runs the gamut from Dixieland music from the late teens and ’20s, he said, “through modern jazz and everything in between, not chronologically.” The iconic music of bandleaders Duke Ellington and Count Basie is represented, as are bebop and blues.

The band’s vocalist, Randy Wight – whose former job was as a singer in Las Vegas impersonating such musical greats as Ray Charles and Willie Nelson – is a “versatile” singer who “comes from a rock and pop background,” Pick said. Wight will perform three jazz tunes with the band and, if the Boothbay Harbor concert goes as most of the Jazz Ambassadors’ gigs do, one patriotic song to end the evening.

When asked how audiences respond to the Jazz Ambassadors, Pick said people often get excited and say, “I didn’t know I liked jazz!”

“The people are just blown away – they don’t know that the military has a group like this,” he said. “These are active-duty soldiers who all went to basic (training), and this is their job.” 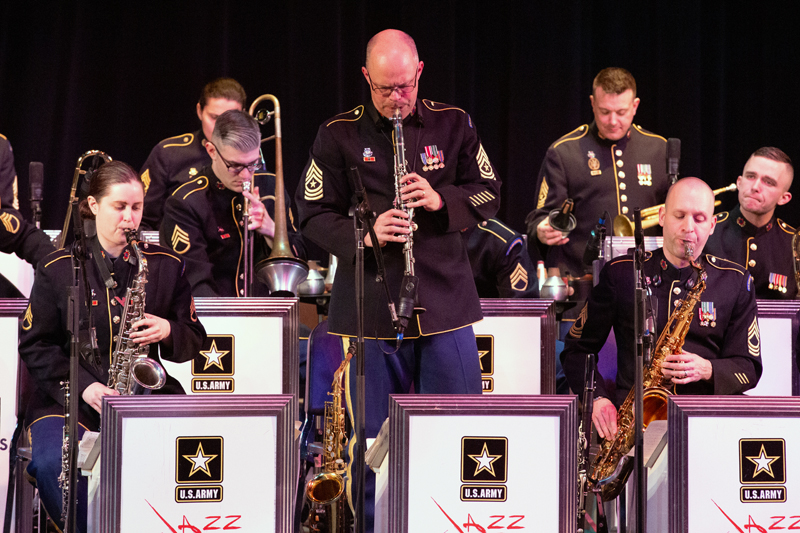 For his part, Pick raved about the Jazz Ambassadors: “They rehearse so much together that they are a really tight band. They are just an amazing band!”

Pick said that the U.S. Army Jazz Ambassadors are celebrating their 50th anniversary; the group was formed in 1969. “This is our unofficial official 50th anniversary tour,” he said with a chuckle.

The U.S. Army Jazz Ambassadors’ concert will run from 65-75 minutes, with no intermission.

The Opera House at Boothbay Harbor is located at 86 Townsend Ave. in Boothbay Harbor. Call the box office at 633-5159 to request a ticket. Find the opera house online at boothbayoperahouse.com.