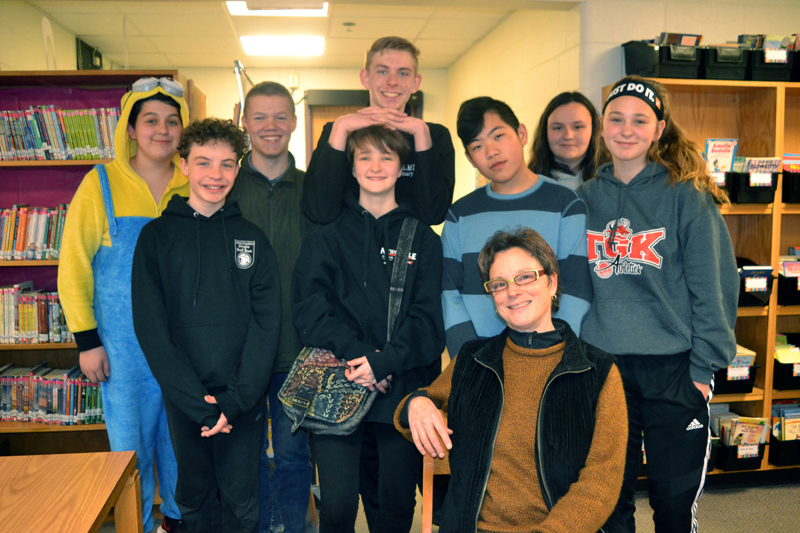 GSB advanced chorus sails on: I had another great arts tip fall into my lap this past week when Anne Plummer, who teaches fourth grade at Great Salt Bay Community School in Damariscotta, wrote me an email about an impressive project recently completed by the advanced chorus at GSB.

“I want to let you know about the awesome GSB project directed by Anne-Marie D’Amico and sponsored by Friends of Music Education,” Plummer said. “The website I helped her build promotes and explains the project and the sale of the album they produced.” Plummer, readers might recall, was featured in “Artsbeat” back in February 2017, shortly after she and some of her seventh and eighth grade writing students launched the GSB Online Gallery of Arts and Literature.

The “awesome GSB project” directed by D’Amico, who teaches choir at the school, is titled “Sail On Silver Girl,” and consists of a choral album and a documentary film about the project. Songs performed include the Andrews Sisters classic “Boogie Woogie Bugle Boy,” R.E.M.’s “Losing My Religion,” Christina Aguilera’s “Beautiful,” and Simon & Garfunkel’s “Bridge Over Troubled Water,” from which comes the line used as the title of the project.

The project was named “Sail On Silver Girl” to honor the late Isabelle Manahan, D’Amico said. Manahan, who had been a member of GSB’s advanced chorus before going on to Lincoln Academy, passed away in June of last year at age 15.

“We named it after her passing to keep her memory alive,” said D’Amico. “It was another extension of our community reflection, especially because Izzy was so active in all the programs at GSB.”

“We’ve never done anything like this before,” said D’Amico of the ambitious project that also features local musicians Sean Fleming on piano/keyboard, Dave Martin on guitar, John Cannon on bass, Michael Sevon on drums, and Curt Boot on trumpet. Cannon and Sevon both work at GSB.

John Morrison, of Auburn, was the project’s sound engineer and Jared Morneau, of Brunswick, was the video engineer.

GSB’s advanced chorus “got to do something professional,” D’Amico observed.

It was the first time that GSB choral students had been involved in a musical project of such magnitude and seriousness, from the very beginning of learning all the songs through to listening to raw recorded tracks and later to mixed tracks, which “made their faces light up,” D’Amico said.

Watch the video at sailonproject.wordpress.com to hear the students talk about the project. Sound clips of the songs they recorded are also at the website. 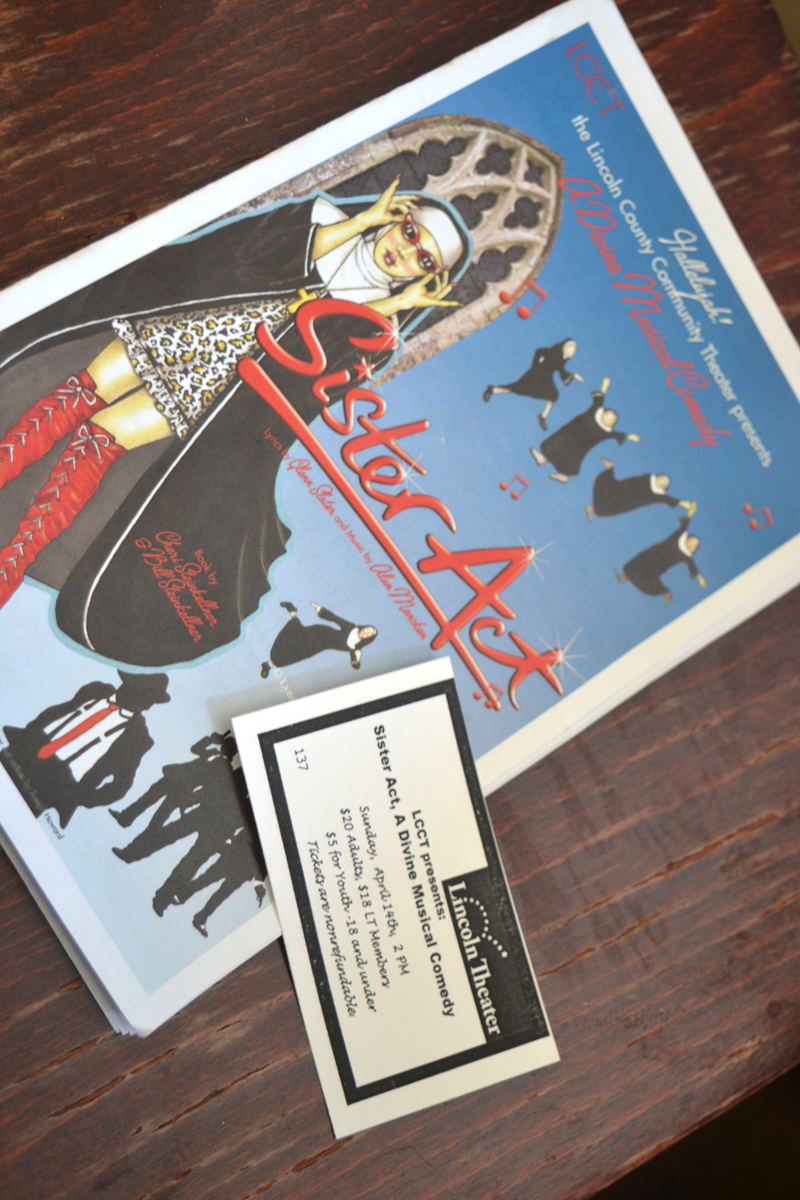 The author’s program and ticket from the sold-out show of LCCT’s “Sister Act” on Sunday, April 14 at Lincoln Theater in Damariscotta. (Christine LaPado-Breglia photo)

LCCT kicks some serious ‘Sister Act’: OK, you are probably wondering why I have included simply a photograph of my program and ticket for Sunday’s fabulous LCCT production of the musical “Sister Act” at Lincoln Theater in Damariscotta.

As it was, I tried discreetly to take a couple of pics of the show from my seat but that resulted in nothing usable.

So, let me just tell you that that was one hell of a show (forgive me, Mother Superior, played admirably by Nina Tilander). From the elaborate, changing panels of lights flanking the stage and progressively flashy costume changes, to the top-notch singing (Christina Larson Belknap as Deloris Van Cartier and Kristen Robinson as Sister Mary Robert, among many others) and live pit band, to the very engaging story and the excellent comic timing of some of the characters (including Lincoln Theater Executive Director Andrew Fenniman in his role as T.J. and Zora Margolis as Sister Mary Lazarus), “Sister Act” was a fantastic way to spend a Sunday afternoon.

While Caleb Lacy as Lt. Eddie “Sweaty Eddie” Souther stole the show at one point with his nuanced performance of “I Could Be That Guy,” it’s fair to say that the whole production was so entertaining that Lacy’s performance was a high point among high points.

If you have not had the pleasure of taking in an LCCT musical theater production, I suggest you put it on your to-do list. Live theater is a treat not to be missed.