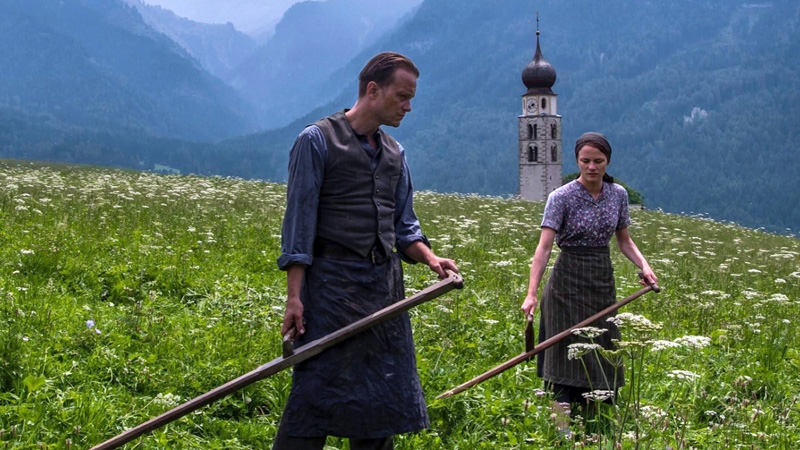 Looking forward: It’s a new year, with new things just around the corner at local arts and entertainment venues.

“Too many good things coming. … Here are my choices,” wrote Helen Meserve, the program director at Harbor Theater in Boothbay Harbor, when I emailed her asking what she was looking forward to. “‘Dark Waters,’ starring Mark Ruffalo, starts Friday, Jan. 10. Ruffalo plays Rob Bilott, the lawyer who exposed DuPont’s Teflon as made from chemicals that can cause death — and started the exposure of corporate malfeasance in the use of PSAFs, or what are now known as ‘forever chemicals.’

“Ruffalo himself has been one of the lead crusaders against the use of these chemicals, and his stepfather, Jerry Hull, a resident of Boothbay Harbor, will introduce the film and tell us how Mark got involved in fighting them at the Saturday, Jan. 11 7 p.m. screening of ‘Dark Waters.’ Come early for wine and cheese to meet Mr. Hull. Doors open at 6:15.

“The state of Maine is waking up to the PSAF problem in our drinking water, as reported recently in a front page story in the Portland Press Herald, so this film should get us all more involved in fighting for cleaner drinking water in our own hometowns.

“One of my favorite films, ‘Chariots of Fire,’ was also a top pick of the subscribers to our Classic Film Series, and will be shown Jan. 16 and Jan. 18 at 2 p.m., with wine and cheese after. General tickets will be on sale at the door for $10 ($8 for members).

“And the Great Composers series continues with ‘In Search of Mozart’ on Friday, Jan. 31 at 2 p.m. The Beethoven film shown in December was exceptional – so much beautiful music intertwined with the story of his life. So if that’s any indication, the Mozart film will be a crowd-pleaser as well.

“At the end of the month, Jan. 24-30, we will show Terrence Malick’s beautiful, poetic ‘A Hidden Life,’ a study of a family caught in the crisis of World War II in Austria as the father refuses to join the Nazi-run army. This is touted as one of the best movies of 2019 and will surely garner awards for its evocative cinematography and fine acting. A must-see, according to those who saw it at the Cannes Film Festival.” 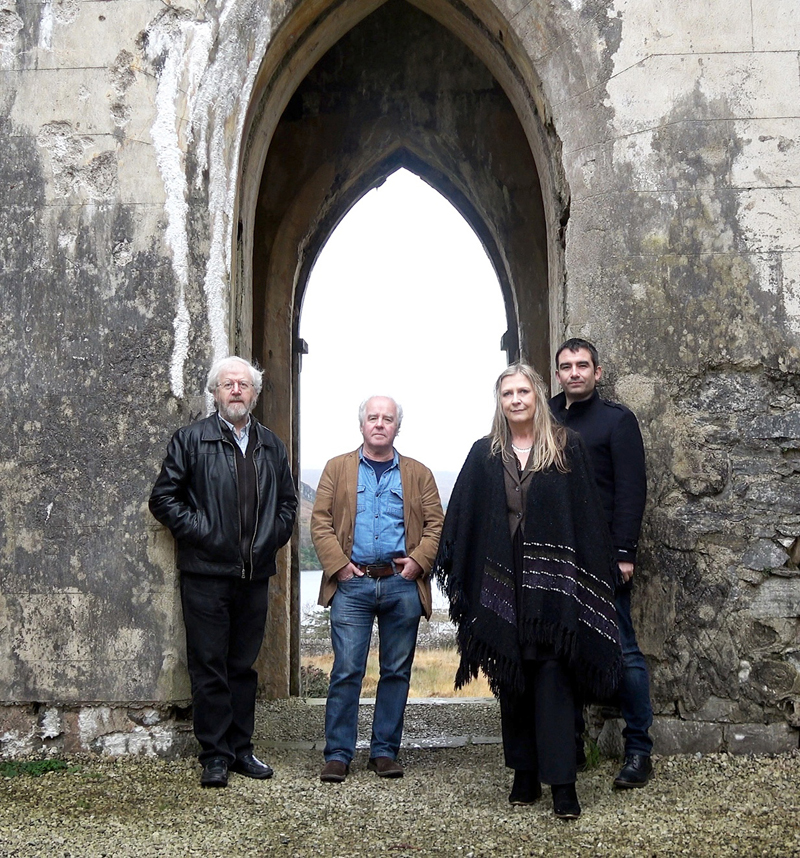 Cathy Sherrill, the executive director of The Opera House at Boothbay Harbor, said, “Winters can get a little quiet around here, so I am really looking forward to some of the shows coming to the stage while the snows fly, including Seth Warner and his band performing Neil Young’s ‘Harvest’ album later this month, Jan. 25, and the arrival of Irish supergroup Altan on Saturday, Feb. 29.

“Seth performed Carole King’s ‘Tapestry’ last year to rave reviews from the audience, so we are all looking forward to hearing a bit of Neil Young out of his band.

“The internationally renowned Altan has already brought ticket buyers from out of state to the box office. We love it when a winter concert brings in an audience from near and far, and Altan is definitely doing that.

“Our winter open mic series starts Jan. 10 and that always brings surprises to the stage upstairs. 2020 has arrived!”

River Company’s Mallory Adams weighed in: “2020 marks River Company’s 23rd season and Maine’s 200th anniversary of its statehood. In honor of our state’s anniversary, River Company’s season will focus on plays by Maine authors and that take place in or are about Maine. We once again plan to have a romantic spring production, a summer Shakespeare with a Maine twist, a spooky fall production, and will cap off the season with our annual holiday fundraiser. With our 2019 fundraiser, we were able to donate $1,200 to our chosen charity.

“River Company is excited for its 23rd season but the details will not be finalized until our annual meeting on the 21st of this month. We plan to keep trying new things and finding ways to better serve our community. We continue to be thankful to our partner, Skidompha Library, and to be the (library’s) theater in residence.

“Becoming a member of River Company supports our organization and gets you on our mailing list to receive our yearly newsletter, show reminders, and discounted tickets at every performance. Our annual newsletter, which includes our full season calendar and our membership forms, is sent out early each spring. To be the first to know what we plan for this season, visit our website, rivercompany.org, to get our on mail and email newsletter list!”

“This is really hard for me, as there is so much I’m eagerly anticipating in the year ahead,” wrote Andrew Fenniman, the executive director of Damariscotta’s Lincoln Theater. “Programmatically, this month we have our latest Stories to Screen series. Having given out 50 hardcover sets of Tolkien’s ‘Lord of the Rings,’ we now get to show the films after school on Friday afternoons.

“February brings ‘Porgy and Bess‘ from The Met, Sally Field in ‘All My Sons‘ from National Theatre Live, and our next Talking Food in Maine evening – this time Leigh Kellis and The Holy Donut. 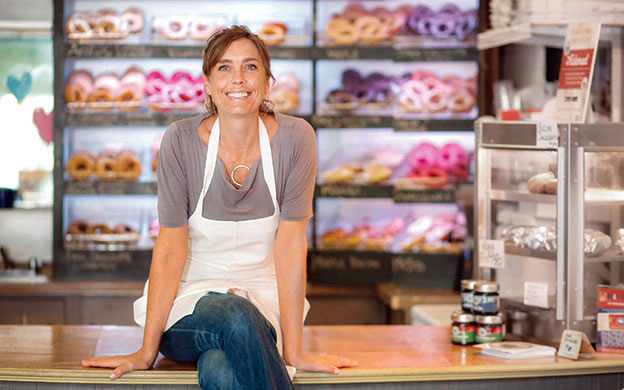 “In March, we celebrate the Maine bicentennial and Maine in movies with three special screenings, including ‘Bambi.’ In April, LCCT mounts another live production, this time the hilarious Mel Brooks musical ‘Young Frankenstein.’ In May, Jane Dahmen welcomes artist Jeffrey Becton for an intimate conversation in Talking Art in Maine. For June, we are working on this year’s annual celebration with a very special guest. July, our second annual MidCoast Film Fest. And that is just over the first half of the year!

“Organizationally, I’m looking forward to our continued growing partnership with Skidompha Library as well as our friends at the CLC YMCA. (P.S.: if you haven’t seen the kids from Y-Arts perform, please make a point of coming this year. You’ll be amazed.)

“I’m also excited that, with the full support and encouragement of the theater’s board, we continue to build a viable community living room and hopefully a great place to work. 2020 starts off with significant raises for our hourly staff, so that their wages really mean something. Secondly, it is the first full year of our having a health insurance benefit and will also see us instituting an investment/retirement plan for all employees. While perhaps not sexy, making Lincoln Theater a great place to be not just for our community, but the entire group of great people that make the theater go, makes me very happy… and excited.”

Through Emrich’s eyes: In 2016 and 2018, I wrote stories in the LCN about summer Lincoln County resident William Emrich’s then-newly released books, “Wild Maine Adventure,” about building an off-the-grid cabin in the Maine woods, and “Have Racquet, Will Travel,” a memoir.

In 2019, Emrich published “Through One Man’s Eyes,” a collection of photographs, something he had told me he was thinking of doing next when I interviewed him in July 2018 about his memoir. 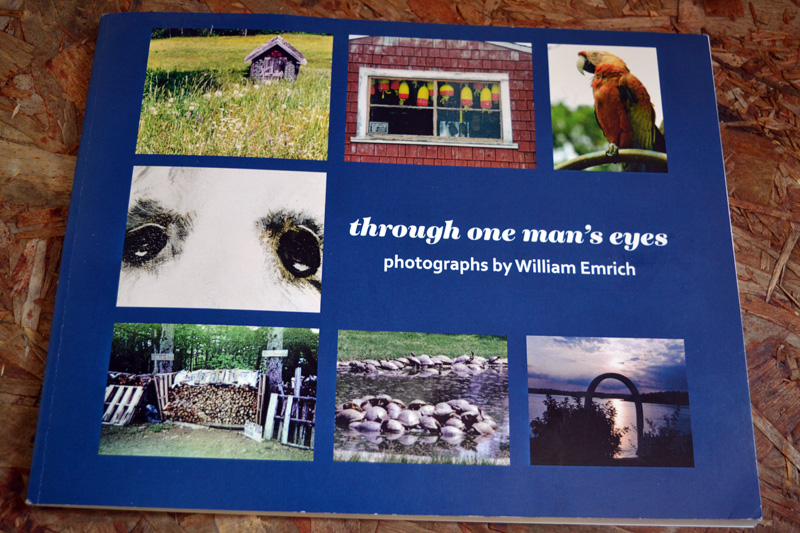 The cover of William Emrich’s most recent book, “Through One Man’s Eyes.” (Christine LaPado-Breglia photo)

“Through One Man’s Eyes” functions as a sort of visual memoir. As Emrich points out in the introduction to the book, “The photographs chosen for my lifetime personal compilation fall into the category I call ‘special’ for a variety of reasons. Some rare, elusive treasures capture the quality of spirituality that I always seek. Others are stunningly beautiful in their own right, whether through their breathtaking scenery, forms, or colors. Others show slices of life I have encountered on my travels during my 70-plus years on this Earth.”

Emrich even plays around with extreme close-ups of mural details, resulting in thought-provoking abstractions that he gives captions to. One flurry of color – a close-up of strokes of red, orange, blue, black, white – prompted him to respond with the Isaac Newton-inspired caption “Objects at rest tend to remain at rest, and objects in motion tend to remain in motion.”

In all of his books, Emrich is clearly enjoying himself while at the same time honoring a duty to himself – and his grandson, to whom he dedicates his photography book – to record the important events of his life. It is a commendable endeavor.