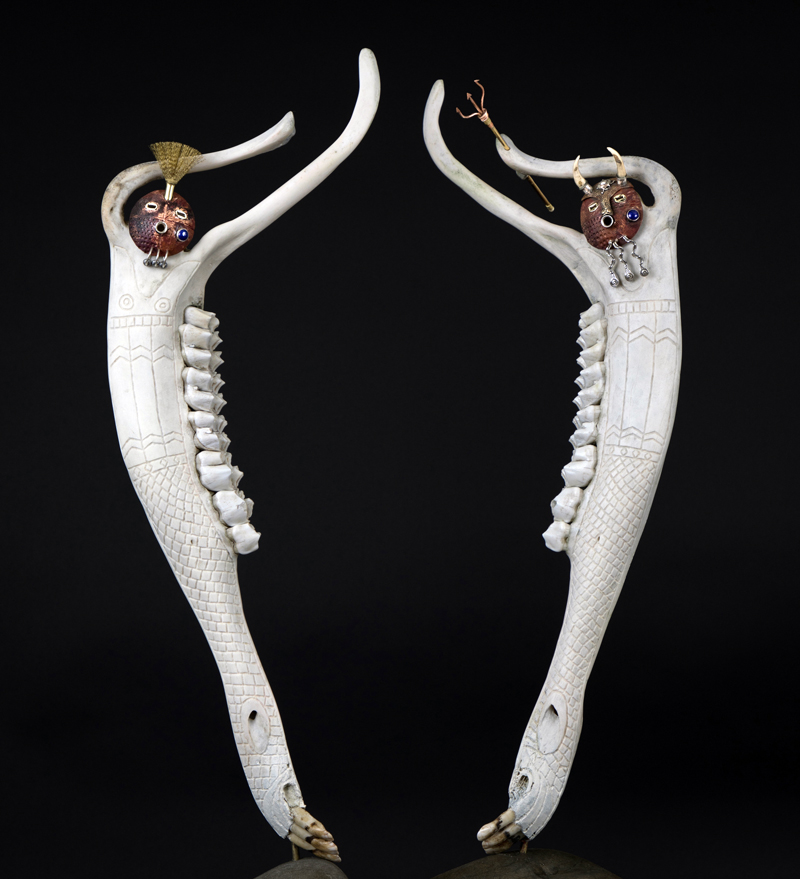 “King Neptune and Salacia” is one of three pieces of artwork by Damariscotta’s Keith Plummer chosen as a finalist in the Visual Art Open in Chester, England. (Photo courtesy Keith Plummer)

Damariscotta bone artist is UK-bound: Up-and-coming local sculptor Keith Plummer, who appeared in this column back on April 11, announced on May 18 that he was accepted as one of 25 finalists for the Visual Art Open contest, an annual international art competition based in Chester, England whose primary goal is “to reveal and promote unknown artists who are yet to establish their profile in the contemporary art world,” as the contest’s website, visualartopen.com, puts it.

Three of Plummer’s striking bone-and-metal sculptures – “Pretty White Bird,” “Neptune and Salacia,” and “Sedna, Goddess of the Sea” – were chosen by a panel of jurors that included British illustrator Adrian Sumner and Frances Ackland Snow, a critically acclaimed fine artist and scenic painter for the BBC. The overall winner will receive a cash prize of 1,000 pounds, roughly equal to $1,304; a commercial mentoring package; and an exclusive solo show. Visual Art Open finalists competed in five categories: painting, mixed media, and printmaking; illustration/drawing; sculpture; photography; and artists under age 24.

Plummer; his wife and publicist, Anne Plummer; and his stepdaughter, Jennifer Tibbetts, who photographs his work, are “thrilled” with the news and the opportunity to travel to England in November to view the finalists’ work at the Chester Arts Fair, he told me in a recent email. If Plummer wins the entire competition, he is looking at a solo show in London down the road.

“This is certainly a once-in-a-lifetime opportunity and a chance at some great publicity,” Plummer said of being a Visual Art Open finalist. “This past year I’ve been in all kinds of juried shows, and it’s been a great learning experience with each show. I’m humbled by this opportunity, which is beyond any expectations I had. Facing my fear of rejection was well worth it. I don’t publicize my failures, and I have about a one-in-five win ratio. I never could have handled that much rejection (earlier in my life), but the key has been to keep trying. 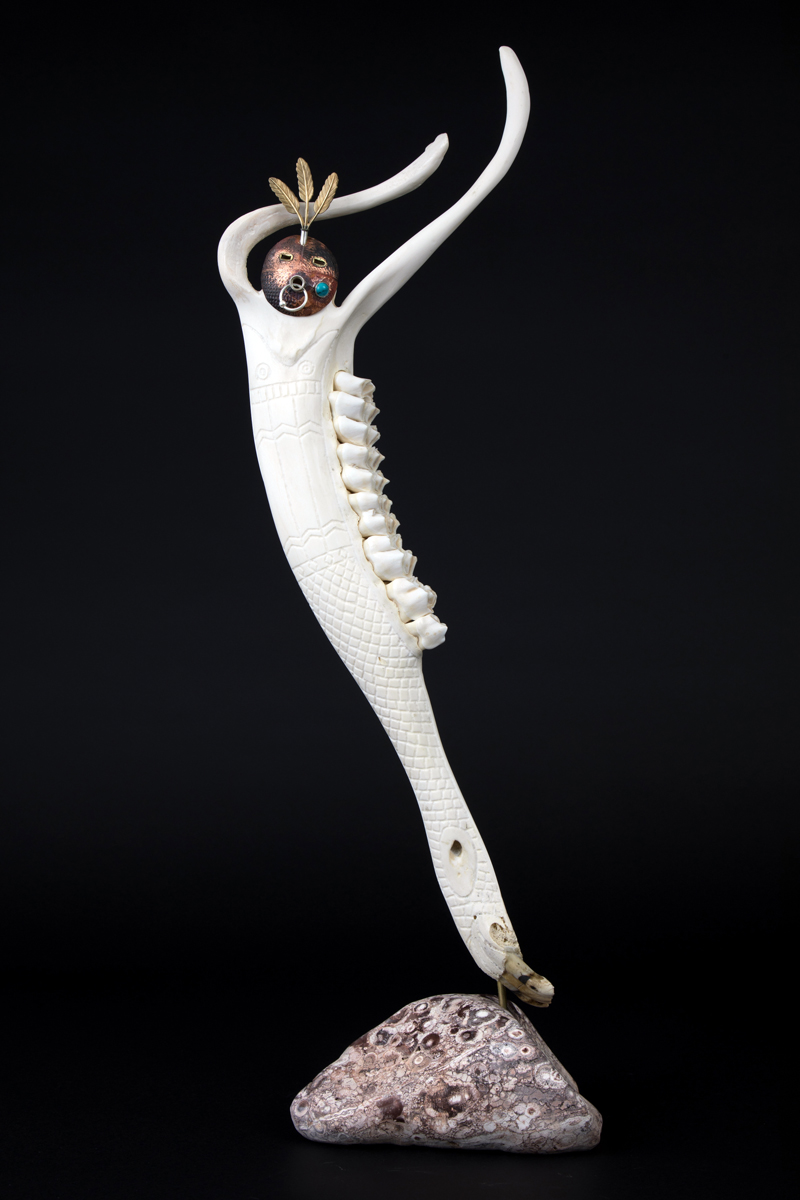 “You’re always much closer to success, or at least the right path toward it, than most people allow themselves to experience. The message to all emerging artists and creative people is never give up on your dreams,” he said.

Plummer, who has never been to England, said he is looking forward to “touring neolithic sites in Northern Wales, as my work feels prehistoric, and visiting the British Museum, especially the Viking artifacts, and a chance to see the Saxon Hoard.

“I will be traveling with my wife and stepchildren, Benjamin and Jennifer,” said Plummer. “We’ll spend half the time in Chester and half in London, about a week total. The best part will be having Thanksgiving in London. I can’t wait!”

Take a little drive: The colorful paintings of Rockland contemporary artist Gwen Sylvester will be on display at Jackson Memorial Library, located at 71 Main St. in Tenants Harbor, from Thursday, June 1 through Monday, July 3. An opening reception for the show, which is titled “Images of a Mindful Nature,” will be held from 6-8 p.m. on Thursday, June 8. Jackson Memorial Library is a nonprofit private library and will receive a 30 percent commission from art sales.

“There is no passion to be found playing small – in settling for a life that is less than the one you are capable of living.” – Nelson Mandela