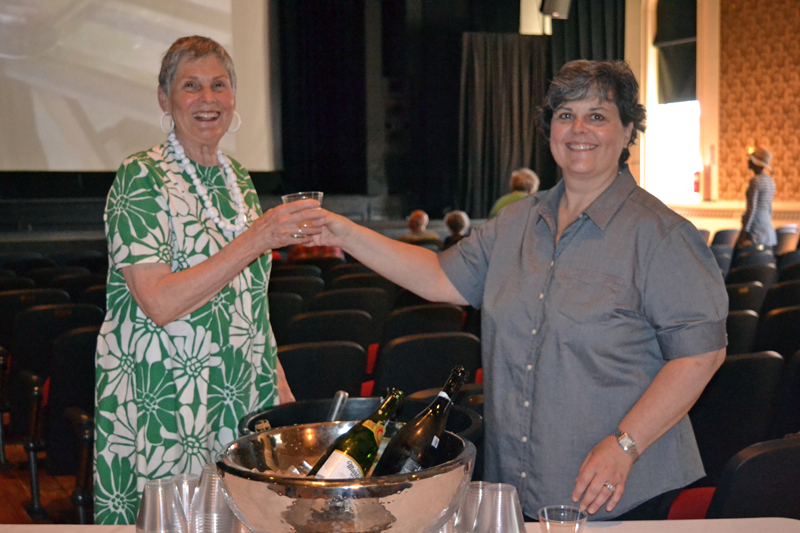 It’s all about the windows: On the afternoon of Tuesday, June 20, Lincoln Theater celebrated the recent installation of its beautifully restored 14-foot windows with a well-attended reception at the theater.

“Over 125 people, from longtime theater members to new residents in town who had never been in Lincoln Theater, enjoyed a recent reception to celebrate the official ‘opening’ of the seven restored windows,” said Lincoln Theater Executive Director Andrew Fenniman in an email following the get-together. “The afternoon sun decided to cooperate and shone brightly across the hall, illuminating the historic golden-fabric wall panels.”

I can attest to the beauty of the light beaming in the windows and lighting up the interior of the theater, having stopped in that day to take some photos and say hello to Fenniman, who was busy happily chatting with party-goers.

“All the windows’ wooden frames were completely restored,” Fenniman said. “Each glass pane was removed, labeled and numbered, cleaned and polished, and, if sound, replaced in its original spot. While 65 panes had to be replaced with matching antique glass, a majority of the glass panes from the building’s beginnings were kept. Custom-made screens have been installed on the inside – to avoid damage in the wintertime – and blackout shades, each one individually made, have been installed so that the fun of being in darkness during the playing of a movie will not be diminished.”

Fenniman quoted one theater patron as saying, “We no longer have a boarded-up building on Main Street. It is now alive.” I second that.

Fenniman said that Lincoln Theater “is hoping to raise the window shades for various events in July and August, along with enjoying having the original doors open for the summer season. Given the exciting reception the theater has received for the restoration, it is also hoping to launch a fund development campaign in August to raise the funds necessary to restore the other windows of the second floor of Damariscotta’s historic Lincoln Hall.” 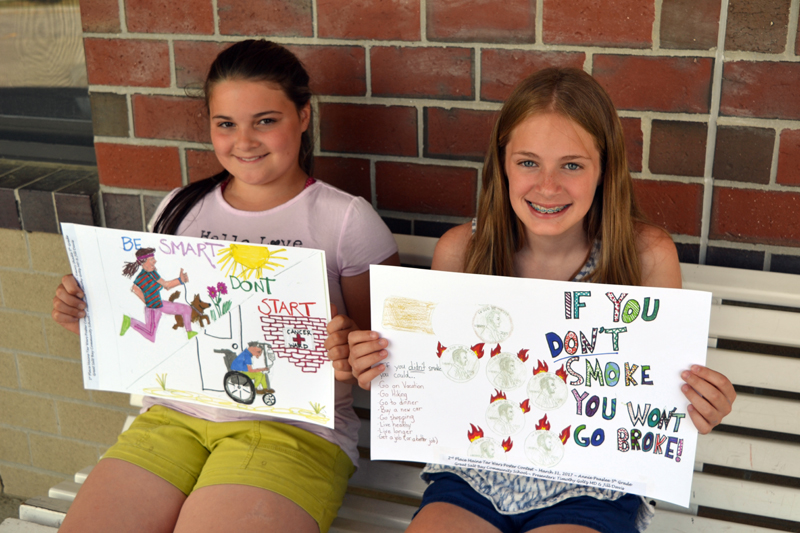 Arts in the schools: On Thursday, June 22, I stopped by two Lincoln County schools – Great Salt Bay Community School in Damariscotta and South Bristol School – before they got out for the summer to check in on some recent arts happenings that I had heard about.

At GSB, school guidance counselor Jill Davis introduced me to two charming fifth-graders, 11-year-old Emory Shadis and 11-year-old Annie Peaslee. Both girls were still basking in the good feeling of having come in first and second place, respectively, in the Maine Academy of Family Physicians’ Tar Wars poster contest. The contest asked entrants to focus on the positive aspects of being smoke-free. Emory’s poster is titled “Be Smart, Don’t Start,” and features a healthy jogger alongside a sick cancer patient, who obviously became sick from smoking. Annie’s poster, “If You Don’t Smoke, You Won’t Go Broke,” pictures money in flames.

Annie said she wanted to focus on “the importance of not smoking,” adding that “if people do it for stress, it might make more problems.”

Emory emphasized “how much it can cost in your life. Not just money, but feeling bad and feeling sick.” 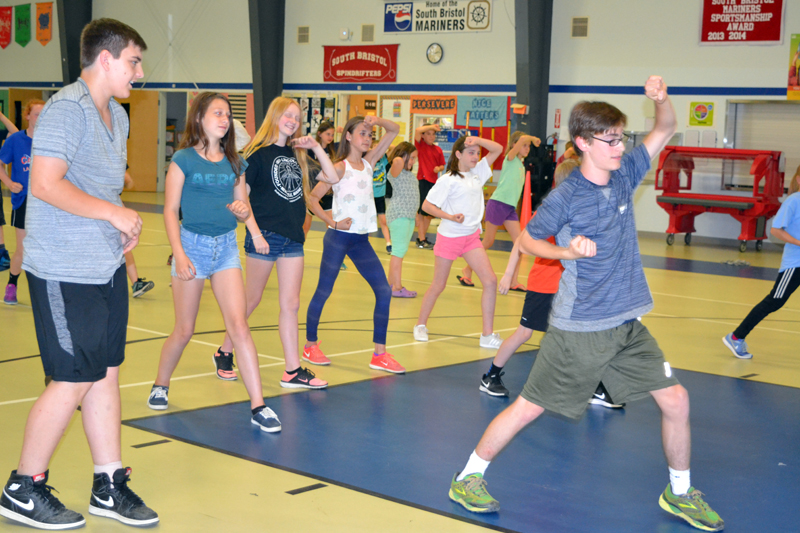 Over at South Bristol School, students were wrapping up almost a week of having artists-in-residence at the school, teaching them everything from screenprinting to hip-hop dance to martial arts. During an afternoon performance, student art created during the week was displayed throughout the gym as groups of students got up and showed their friends and teachers what they had learned. One of the highlights was a martial-arts demonstration by the students of artist-in-residence John Jenkins, the former mayor of Lewiston who teaches martial arts at Lincoln Academy in Newcastle.